The cancer had spread to her spine and hip by the time it was detected late last year, her nephew Andy Blatchford said Wednesday from Ottawa.

He and his father -- Christie Blatchford's older brother Les -- said they were heartened by a flood of loving tributes that friends, colleagues and fans offered up on social media, local radio and online news sites.

"The intimidating side of her as an insightful, unrelenting journalist and reporter is one thing but she had a very soft and sentimental side to her as well," said Les Blatchford.

"And of course she had that wonderful work ethic. She had this thing that if she couldn't out-write you, she'd out-work you."

A career spanning five decades cemented Blatchford as one of the country's most enduring voices on the courts and crime beat, and her willingness to dissect controversial social issues earned her a reputation for uncompromising, and often polarizing, viewpoints, most recently on the #metoo movement. 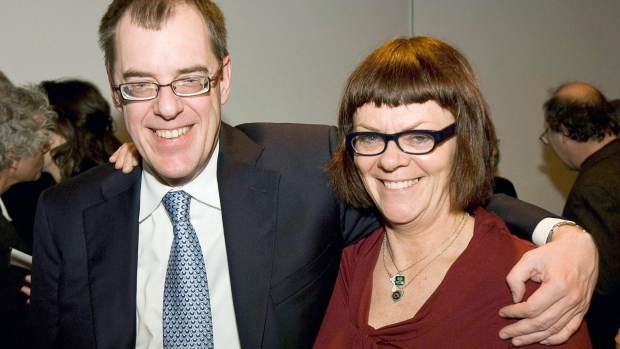 Her articles were often bracingly frank, and charged with emotion. For the candid and notoriously ribald "Blatch," this was all in service of her mission to speak truth to power.

Criminal defence lawyer Marie Henein described an unapologetic, tough-as-nails writer whose pieces captured the "humanity" of a courtroom. Judges and lawyers turned to her coverage first, she said.

"Her perspective was unswayed by popular opinion and unvarnished. Sometimes you liked it, sometimes you didn't. But the one thing you could not do is ignore it," said Henein, adding she refused to consume any press coverage of her high-profile 2016 Jian Ghomeshi trial at the time, except for Blatchford's daily video recaps.

At the Superior Court courthouse on Wednesday, colleagues spoke in hushed tones as word of her death spread quickly. Even Justice Michael Dambrot took time out of a sentencing to praise her from the bench.

"She was a fearless journalist," Dambrot said of Blatchford, often so moved by heartbreaking testimony -- especially when crimes involved child victims -- that she'd tear up behind her trademark cat-eye glasses and thick bangs.

Prime Minister Justin Trudeau, a frequent target, called it "a sad day for Canadian journalism" and saluted Blatchford as "a relentless storyteller with a wicked sense of humour."

Blatchford's recent reports for the Postmedia chain of newspapers ranged from Trudeau's blackface and SNC-Lavalin scandals to the death of her beloved white bull terrier, Obie, in September.

In one of her final columns in October, she wrote about nagging muscle pain that forced her to leave the Liberals' federal election tour only six days in -- a mysterious ache that kept her from logging her daily 10-to-15-kilometre runs and led to a devastating diagnosis.

In many ways, journalism ran through Blatchford's blood.

Her grandfather Andy Lytle was a prominent sports writer and editor for the Vancouver Sun and the Toronto Star between the '20s and '50s. Her uncle, Tommy Lytle, was a longtime Toronto Star editor who retired in '74, and her nephew Andy Blatchford is a journalist with Politico and a former Canadian Press reporter.

The Quebec-born Blatchford joined the Globe and Mail in 1972 while studying journalism at Ryerson University in Toronto, and spent the first four of those six years as a sports columnist. She would go on to serve as an Olympics columnist for various papers.

She quit the Globe "in a snit" when the sports department "began messing with my copy," Blatchford says in her 2016 book "Life Sentence," heading to the Star for the next four years.

Blatchford then joined the Toronto Sun as a columnist, and her 15 years at the tabloid firmly established her dynamic flair for inspiring water-cooler rants among readers.

Her hot-takes were so divisive they later inspired a website and Facebook page dubbed "Fire Christie Blatchford" -- essentially a repository for annoyed readers to quote their most-despised passages.

Nevertheless, Blatchford was pursued by each of Toronto's four dailies as a marquee name. 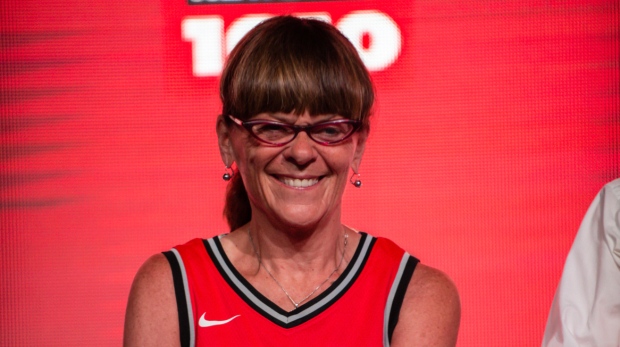 When the National Post was created in 1998, Blatchford was one of the first writers hired, and the following year she won a National Newspaper Award.

She returned to the Globe in 2003 to write columns and cover the courts, but in 2011 was drawn back to Postmedia News, which she called her "natural home."

Former Postmedia president and CEO Paul Godfrey, currently the company's executive chairman, admits his "immediate goal was to get Christie back" when he took over Postmedia in 2010.

"She was a jewel to have in your stable of journalists because she could write about anything," Godfrey says of Blatchford, also a mainstay on Toronto radio's NewsTalk1010. "Nothing fazed her."

She was competitive to be sure, but Blatchford could also be incredibly affected by the tragedy she encountered. Godfrey recalled the 2005 Boxing Day shooting that killed 15-year-old Jane Creba as especially hard.

"She was a total mess on that. She had trouble writing the story because she was crying so much."

No stranger to controversy himself, hockey commentator Don Cherry described he and Blatchford as "kindred spirits" who bonded over their love for their bull terriers. But when Cherry found himself in Blatchford's crosshairs, he rang her up to express his displeasure, and she brushed him off with an expletive.

"I knew she was a tough cookie then," Cherry said with a laugh. "She told it like it was. She was afraid of nobody, and you better believe she was the trailblazer of sports as far as I was concerned."

"She refused to see women as inherently victims, which doesn't mean that when women were victimized, she wasn't full of empathy. But she saw women as having full agency, and as a result, she viewed the male-female dynamic differently than some of the world did," said Roberts, also a former Canadian Press editor.

Canadian journalism has suffered a great loss today with the passing of Christie Blatchford. My sincerest condolences to her family, friends, and fellow fans.

There is some sad breaking news to bring you about a longtime NEWSTALK 1010 contributor. Christie Blatchford has died at the age of 68 after a short battle with cancer pic.twitter.com/oYmMz08myn

So very sad to hear of the loss of Christie Blatchford. She was a terrific reporter, a smart, feisty woman and a razor-sharp wit. I will miss her voice and her perspective on this crazy world.

I’ll remember Christie Blatchford for her strong advocacy for Canada’s veterans. Condolences to her family, friends and colleagues on this sad loss.

Today, we are all mourning the death of Christie Blatchford, a giant in Canadian journalism. My full statement: pic.twitter.com/BFZCSVJqJM

He said she was one of the first women to go into sports writing -- and male dressing rooms -- and in her early days, was often the only woman in the newsroom.

"(She) opened the doors for a lot of other women by dint of her force of will and sheer professionalism."

The top hockey team in Blatchford's hometown was moved by her death, too. The Quebec Major Junior Hockey League's Rouyn-Noranda Huskies promised a tribute before their game against Cape Breton on Thursday.

Blatchford was inducted into the Canadian News Hall of Fame last November but was too unwell to attend.

She was also the author of several non-fiction books, including "Fifteen Days: Stories of Bravery, Friendship, Life and Death from Inside the New Canadian Army," based on her experiences during four trips to Afghanistan in 2006 and 2007. It won the 2008 Governor-General's Literary Award in non-fiction.

This report by The Canadian Press was first published Feb. 12, 2020.

-- With files from Colin Perkel and Adina Bresge.