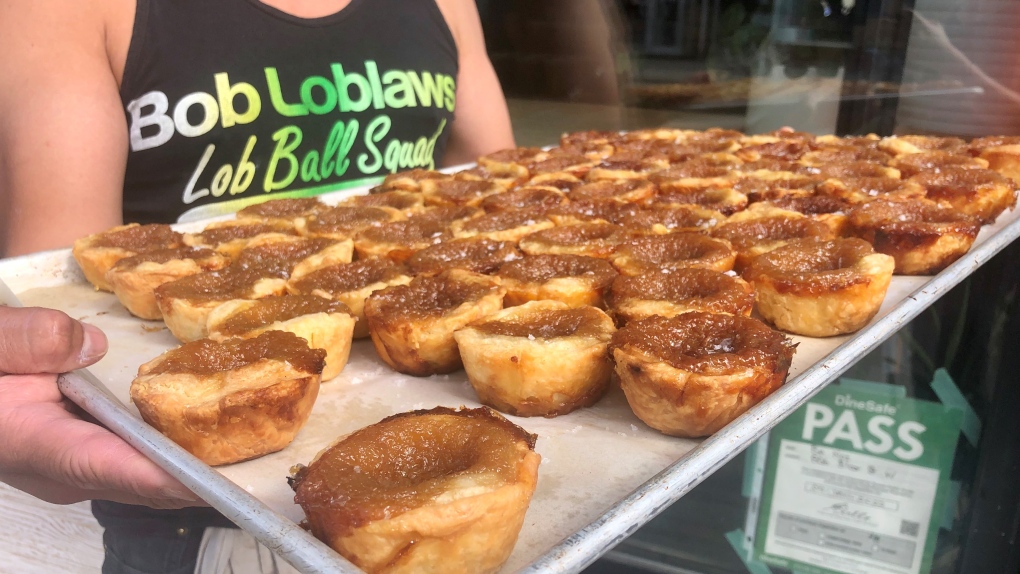 After two years of handing gooey butter tarts over a window counter, a Bloorcourt bakery owner is reshaping his original plan for the storefront.

“It is a game of inches,” An Tran, owner of Ba Noi on Bloor Street just east of Ossington Avenue, told CTV News Toronto. 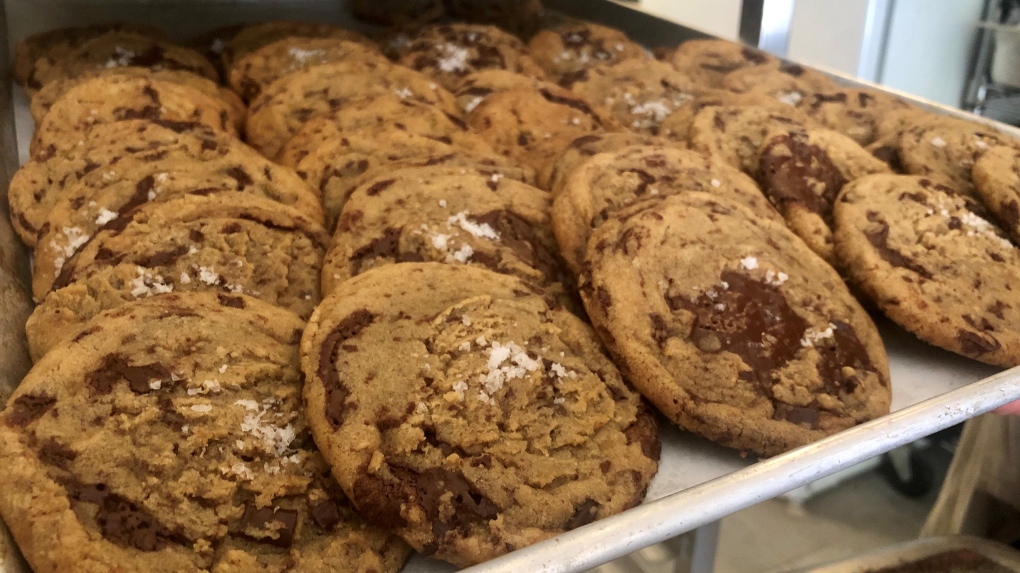 Ba Noi (CTV News Toronto/ Hannah Alberga)
For the first time since opening in the summer of 2020, Tran started welcoming customers inside his bright space fronted with employees folding and filling pastry dough last month. He also tripled his staff and boosted their limited window hours to a full-time, five-day schedule.

Originally, Tran had envisioned a rotating dinner menu four nights a week of items like coconut milk crepes filled with seasonal vegetables and tomato tamarind soup at what would have been a 30-seat restaurant in his father’s former printing press

“I've always had the idea of making food that I grew up with,” Tran said. The name of the storefront, Ba Noi, which translates to grandmother in Vietnamese, embodies this sentiment.

There was a bakery element planned for the space too. “The bakery aspect was going to be quite small. A little bit of bread and baked goods and a coffee program.”

Instead, it became quite big and line-ups sprawled across the block of Bloor Street spanning from Crawford to Shaw streets. At the time, Tran handed loaves of sourdough and hot dogs poking out of plush sesame-sprinkled buns from their front window. 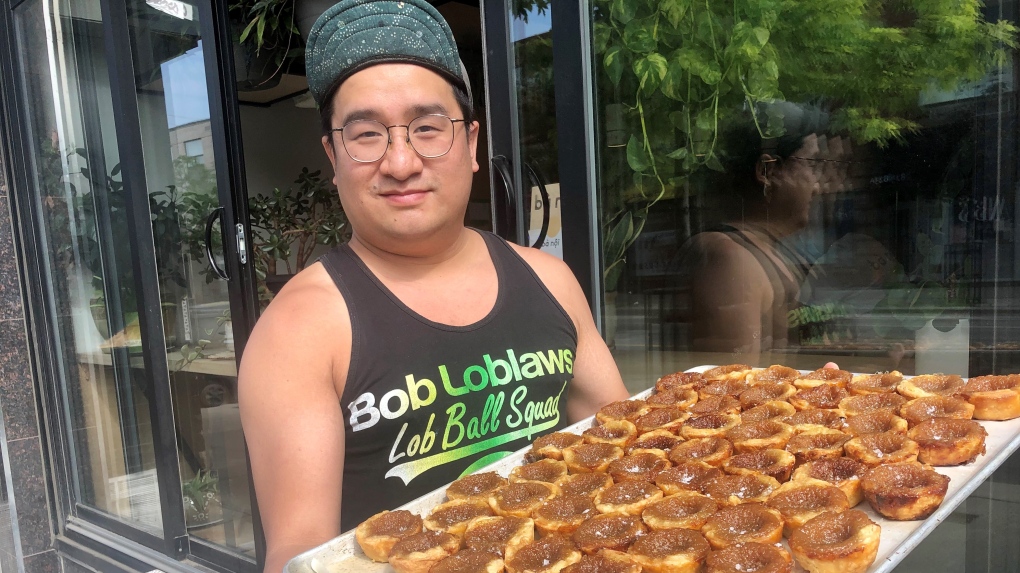 Ba Noi (CTV News Toronto/ Hannah Alberga)
But two years later, Tran still has his original idea in mind. While it might look different as the bakery side of the business grows, he’s hoping to inch towards it at some point this year, potentially in the fall.

“I just have to figure out how to do it. I might end up doing maybe a prix fixe menu once a month or some pop ups here and there. Or I might slow this down and then introduce the original idea,” he said.

While Tran says no one is twisting his arm to open the restaurant by the fall, “I’m kind of really stubborn,” he said. “And if I already have an idea, I kind of have to follow through.”

However, he’s mindful not to move too fast.

“I don’t want anything to fall, whether that’s my family life, the business here, my staff. I just want to make sure that every aspect of everything is moving. We're all moving at the same level,” he said. 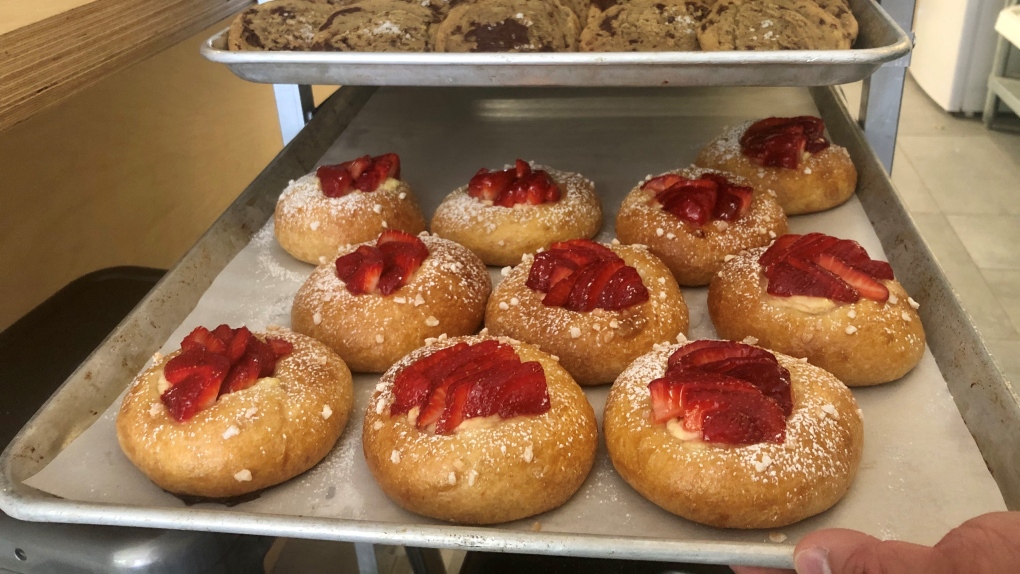 Ba Noi (CTV News Toronto/ Hannah Alberga)
Tran has been vocal about the realities of balancing family life and a young business at a turbulent time. As the father of a two and four year old, Tran leaves the bakery at 4 p.m. to make dinner, eat with the kids and put them to bed before he returns around 7 p.m.

Despite his own long hours, he’s adamant about striking a work-life balance for his staff. That means ensuring that employees have paid sick days and the flexibility to pick-up their kids. “I'm trying to create that kind of space,” he said.

Like the balance Tran is trying to strike for employees, growing the business is about weighing decisions each day as they come.

“It's a lot of little steps," he said. "Every day is a new challenge. I mean, my compressor is broken, it's summertime soon. I gotta get it fixed. It's really hot. That's my next challenge right now.”

Sources close to the government's proposed $5.3 billion dental care program say the Liberals are planning a temporary solution that involves giving money directly to patients in order to keep their promise to the NDP while they work on a more permanent answer.