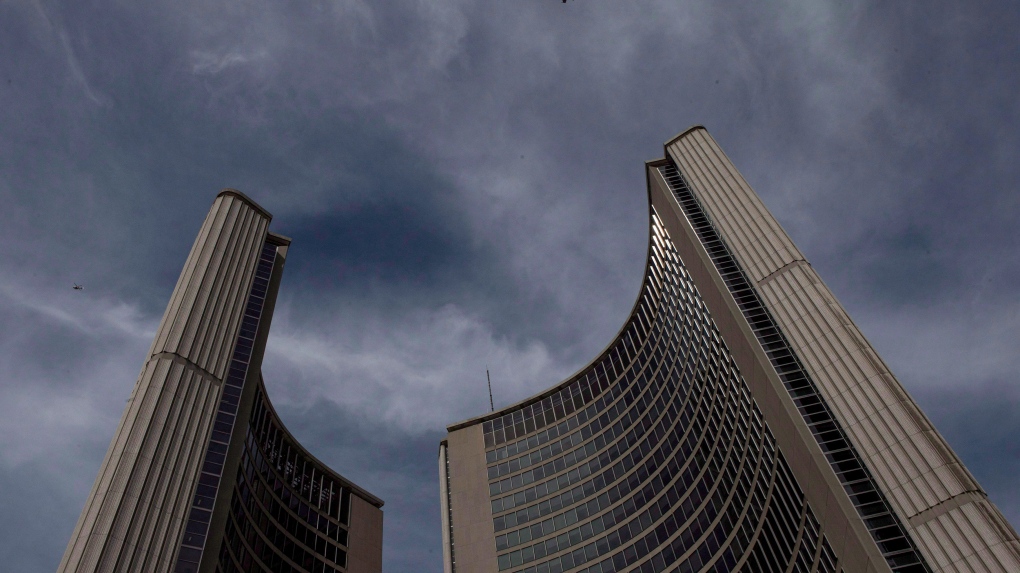 The exterior of City Hall in downtown Toronto is seen. THE CANADIAN PRESS/Chris Young

TORONTO -- The Supreme Court of Canada has agreed to hear an appeal from the City of Toronto over the province’s decision to unilaterally slash the size of city council just a few months before the last municipal election.

In July, 2018 Premier Doug Ford announced that the province would reduce the size of Toronto city council from 47 wards to 25 without any consultation, arguing that it would lead to more efficient decision making and save taxpayers money.

A group of residents and candidates in turn launched a legal challenge of the move and it was initially overturned by a lower court judge, who ruled that it violated the charter rights of Torontonians by creating larger wards that would result in result in worse representation.

That decision, however, was ultimately stayed by a panel of three Court of Appeal justices, allowing the election to proceed with only 25 wards on Oct. 22, 2018.

Nearly a year later in September of 2019, the Ontario Court of Appeal formally overturned the lower court’s ruling and agreed in a 3-2 vote that the province was within its rights to unilaterally reduce the size of council.

At the time, Justice Bradley Miller wrote that while the change brought about by the Ford government “disrupted campaigning and the candidates' expectations,” the question before the the court was not about whether it was “good or bad policy” or was “fair or unfair” but was whether it was unconstitutional.

That said in a dissenting opinion, Justice James MacPherson argued that by reducing the size of council and redrawing wards mid-election, the province had “interfered in an unwarranted fashion with the freedom of expression of candidates.”

At the time, Mayor John Tory cited the “strong dissenting opinion” as proof that the province had overstepped its boundaries and said that the city would seek leave to appeal to the Supreme Court of Canada, which it did in November.

On Thursday, the Supreme Court of Canada announced that it would hear that appeal.

In a statement provided to CP24, Tory’s spokesperson Don Peat said while the mayor is “entirely focused on responding to the COVID-19 pandemic” right now he does that the Supreme Court for its decision.

“Given the extraordinary time we all find ourselves in with COVID-19, the timing of when the appeal will be heard is unknown but we would expect that it will be well after this emergency is over,” he said. “The Mayor thanks our excellent in-house legal counsel for their success in advancing our arguments on the leave application. There are serious legal issues to be addressed in this matter and the Mayor is gratified the Court recognized that."

The Supreme Court of Canada typically considers an average of between 500 to 600 applications for leave to appeal each year and only hears 65 to 80 of them.