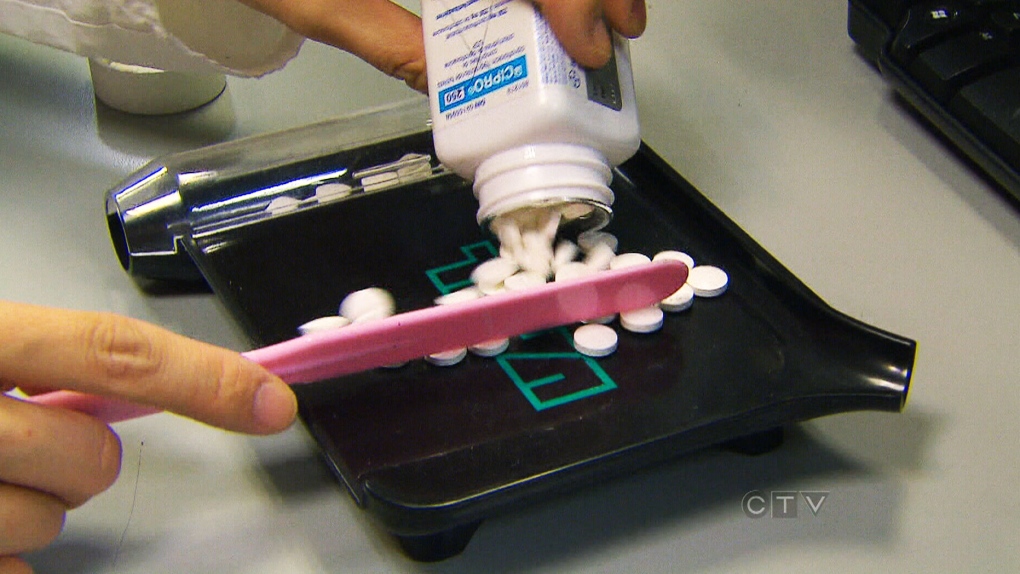 TORONTO -- With cold and flu season upon us, some patients will undoubtedly go to their doctors seeking a prescription for antibiotics, even though the drugs are useless against such viral infections.

It is such misuse and overuse that has helped a growing number of bacteria become resistant to most or all antibiotics -- a phenomenon doctors are calling a crisis because there are no new drugs in the pharmaceutical pipeline to replace them.

And it's not just patients and doctors who are at fault: decades of liberal use of antibiotics to promote the health of farm animals headed for our tables and environmental contamination by the ubiquitous drugs have led to so-called superbugs like MRSA and VRE that have developed resistance to their effects.

But underlying all that is the fact that antimicrobial resistance is a natural phenomenon, a process of bacterial evolution that has been occurring for millennia, said Gerry Wright, director of the Institute for Infectious Disease Research at McMaster University.

"What is frustrating, of course, is that our overuse of antibiotics when we don't need them contributes to this selection," he said from Hamilton. "If we create a situation where we're using antibiotics when we shouldn't, then we create the selective pressures that increase the chances of the bacteria evolving into resistant organisms.

"And that's the issue that we're finding right now, that there are increasingly bacteria in the clinic where we use lots of antibiotics that are unresponsive to all the drugs that we have available to us."

The difficulty is that the pharmaceutical industry is no longer investing time or money looking for new antibiotics, said Wright, explaining that not only is the science "really hard," but drug discovery of any kind is inordinately expensive.

Drug manufacturers aren't prepared to commit the average $1-billion outlay to develop an antibiotic that can cure an infection in five to 10 days, when they can put their resources into medications for conditions like high cholesterol or blood pressure, which typically are taken for life.

Add that to the fact that a new antibiotic may have a limited shelf life because the bugs it's meant to treat may develop resistance and there's little incentive, agreed Dr. Andrew Morris, director of the antimicrobial stewardship program at the Sinai System and University Health Network in Toronto.

Morris said the dearth of new antibiotics is also a civil society issue, because people take for granted these drugs have been widely available since the 1940s.

"So we can have a cancer drug that may extend somebody's life by six months and that can cost between $5,000 and $100,000," he said, "And on the other hand, we can have an antibiotic that will fully save somebody's life and we get up in arms if that drug costs any more than $1,000."

A national online survey gauging Canadians' knowledge about the issue found that 60 per cent of respondents mistakenly believed antibiotic resistance means a person with an infection is resistant to the drugs. Released for World Antibiotic Resistance Week, which ends Sunday, the Leger survey of more than 1,500 Canadians aged 18-plus also found that 44 per cent see resistance as of more concern for developing countries.

"Antimicrobial resistance affects everyone, everywhere, and that includes Canada, where it is an increasingly serious concern," said Morris. "It is truly a global health issue that warrants collective action."

By 2050, drug-resistant infections are predicted to lead to an estimated 2.4 million excess deaths in developed countries alone, according to a recent projection by the Organisation for Economic Co-operation and Development (OECD), which represents nations like Canada, Australia, the U.S. and the U.K.

Other experts have warned that by that date, the annual death toll due to antibiotic resistance will soar to 10 million worldwide -- dwarfing cancer -- and cost the global economy US$100 trillion.

"Literally the worst thing that could happen is we will end up the way it was in the 1920s and 1930s again," before the discovery of penicillin, when more people died from infection than from any other single cause, said Wright.

"There are people dying today in Canadian hospitals that five years ago they wouldn't have died from (their) infection," said Wright.

"It's not necessarily thousands of people. People aren't dropping dead in the street. There's not a zombie apocalypse," he said.

"But we have people in our hospitals that we haven't been able to treat."

And it's not just those already with infections that could be affected by resistance, he said. "It will go back to a time when you can't do an organ transplant because you're going to be immune-compromised for the rest of your life. You're not going to be able to save premature babies, treat leukemia.

"The things that we think of as absolutely routine today are going to be gone, or if not gone, incredibly risky."

Both Wright and Morris stress that concerted action needs to be taken now to stem the tide of resistance, and that means the federal and provincial governments taking a leadership role to co-ordinate innovative programs to encourage antibiotic development, to find alternative treatments, and to curb misuse and overuse.