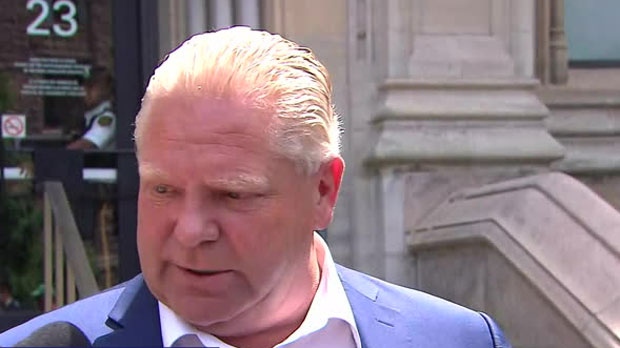 The day after Ford is set to be sworn in as the 26th Premier of Ontario, an anti-Ford group is expected to march on Queen’s Park to protest what it says are key issues with his agenda.

Demonstrators plan to call attention to the Progressive Conservative platform, including Ford’s stance on the Green Energy act, his promise to find $6 billion in efficiencies and his plan to scrap the minimum wage increase.

“The next Ontario election won’t be held until June 9, 2022.” a poster for the rally said. “We have a lot of work to do to stop Ford’s agenda over the next four years.”

According to the Facebook event page, organizers of the rally will also be calling for a change to a proportional representation voting system, saying “it is unacceptable for a party that won 41 per cent of the popular vote to win 60 per cent of the seats.”

The rally will take place at 11 a.m. on June 30, one day after ford takes his official oath to become Premier.