An unlikely match: Why more seniors and students are living together

As they clean the living room together, over the buzz of the vacuum, Yuval Dinary and Kim Nguyen chat about their day. She fills him in on her music class and he’s just finished a big essay.

They are unlikely housemates. He’s a student, and she’s a senior. There’s nearly 50 years between them, but they have found a lot in common and have been living together for nearly a year.

“I think people who have a one-bedroom apartment and it’s just them, they can get pretty lonely,” Dinary, a Ryerson student, tells CTV News Toronto.

The pair was matched last year through Toronto HomeShare, a city program that connects post-secondary students seeking affordable housing with older adults who have a spare room to rent in their home. 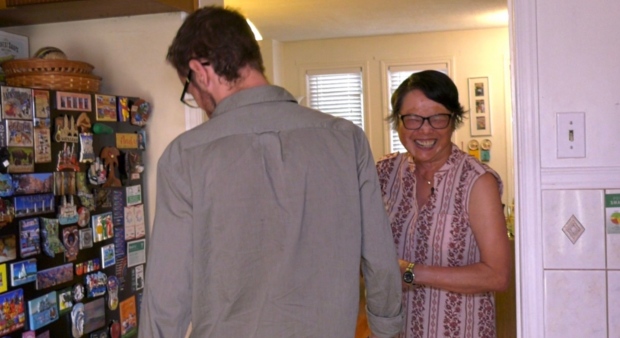 Yuval Dinary and Kim Nguyen are both benefiting from living together in Toronto. (Natalie Johnson)

In exchange for reduced rent of $400 to $600 per month, the student provides up to seven hours a week of companionship and help around the house.

She says he takes out the garbage and shovels snow, among other things, and she likes having someone else in the house in case she needs assistance.

Dinary has his own bedroom and bathroom, and they share the common spaces. Although they’ve met each other's families and have celebrated birthdays together, they each have their own space too.

“Our time schedules are pretty different, so there can be days where we don’t see each other.” 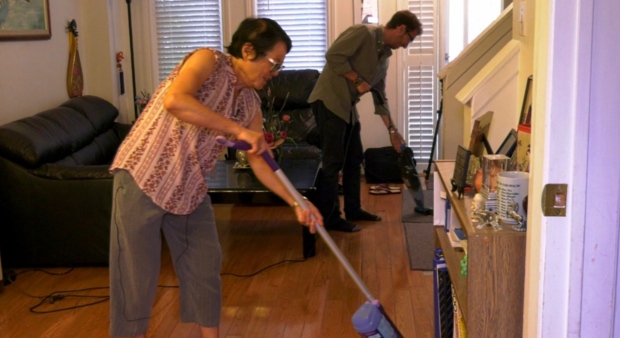 The HomeShare program matched 12 seniors with students last year during the pilot phase and hopes to connect two hundred more this academic year.

The couples are paired based on a number of characteristics. In this case, Dinary, a social work student, was a good match for Nguyen, who has schizophrenia.

“We look at things as simple as what does the student want to contribute to the senior’s home, what kind of help do they want to do?” Laura Martinez, the program’s manager, said.

“We don’t want to pair a senior who would like help preparing meals with a student who doesn’t know how to cook.”

The affordability element is obvious for the student, who pays less than half the market rate for a room in a house. But the senior also benefits from the added income, often helping him or stay her in the home longer.

“There’s a high rate of home ownership for seniors, but sometimes they have trouble affording those homes or maintaining those homes,” Martinez said.

Dinary and Nguyen say learning to live together took some work - she likes things kept just right, and he had to learn to remember to tuck in chairs and close the lid on the green bin. But the challenges were minor, and they’ve learned to meet in the middle.

“He changed, I changed, and so everything worked out really well,” Nguyen said.

“I think people have more in common, in general, than their age,” Dinary agrees.