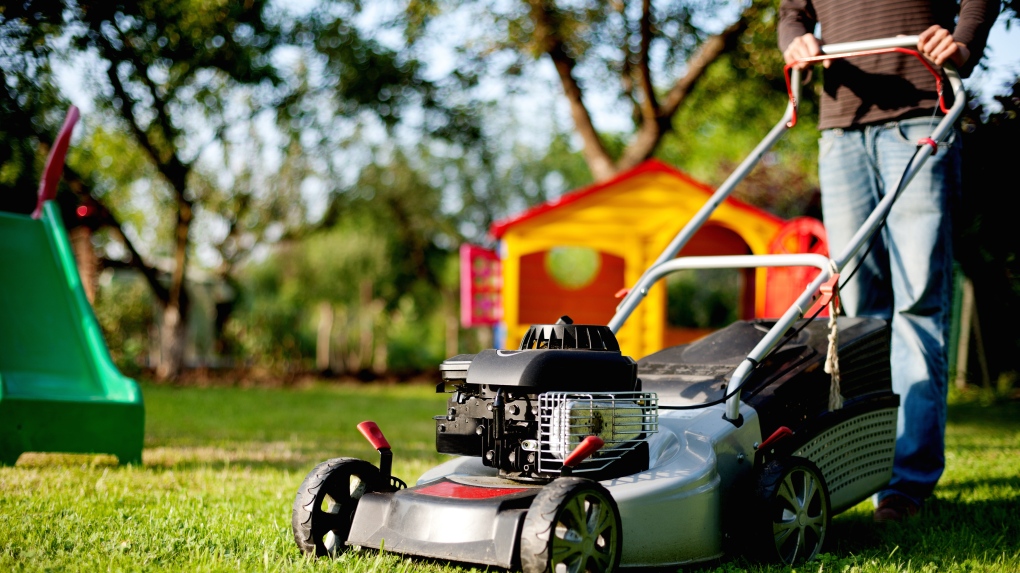 A lawn mower can be seen in a garden in this file photo. (Dreamstime/Alex Loban)

A Toronto city councillor is working to ban gas-powered lawn machines, following in the recent footsteps of the City of Ottawa, who announced this week it will begin using electric lawn and yard equipment this summer.

According to the city, just one hour of leaf blowing is equal to a 1,700-kilometre drive in terms of emissions.

“I've had a motion on the books, trying to make progress on this thing, since the beginning of this term of office,” Carroll said.

“People have to know electrical equipment is getting better and better — more and more affordable and more powerful — and that gas equipment remains a pollutant.”

If Toronto were to pass the motion, Carroll recommended starting with municipal equipment. A larger ban would follow.

“Maybe we start with our own city equipment because often that's the way you demonstrate you can get something done — by doing it municipally then moving on to the public,” she said.

In October 2021, council requested city staff develop a plan and feasibility assessment on the potential transition from gas-powered to electric tools by 2025.

The report is expected to be delivered to council by the end of the first quarter of 2022. It has not yet been received.

When the report is delivered, Carroll also plans to submit a petition to council, according to a statement on her website.

The mayor says municipalities are the ones who have spearheaded the movement towards electric-powered utilities across the country.

“We're all moving to electric buses too — some faster than others. It's expensive to do,” he added.

"We need to ask ourselves this – is it worth the environmental and health risk when there are plenty of alternatives available? As the fourth largest city in North America…, we need to take action now.”