TORONTO -- A Toronto Second World War veteran wanted to do something special for his 100th birthday so he asked his son to write up a quick social media post asking strangers to write him a card.

Fred Arsenault had asked for just 100 of them, one to mark each year of his life, but was in shock when more than 90,000 cards of all shapes and colours arrived in the mail.

“He loves to get mail … that’s really how it all started,” his son Ron Arsenault told CTV News Toronto. “It’s just gone across the world … He’s going to have a few cards to read for a while.” 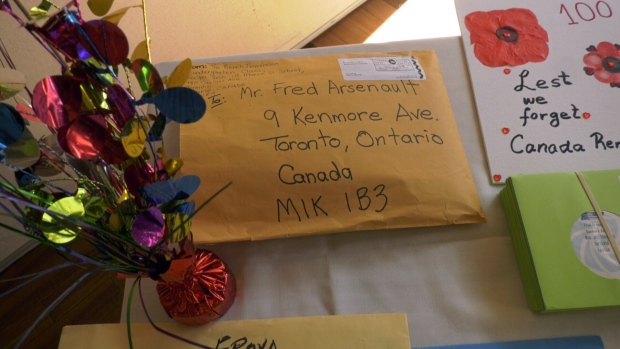 People from Australia, South Africa, Thailand, Mexico and several other countries have sent hundreds of cards to the veteran, who now lives at veteran’s wing at Sunnybrook Hospital in Toronto.

Ron said the social media post went viral after it was shared by Canadian politicians, including Prime Minister Justin Trudeau.

“We read all of them, [people] are pouring their hearts and souls into these cards,” he said. “It’s amazing to see the output of support that my dad is having … it means a lot to him.” 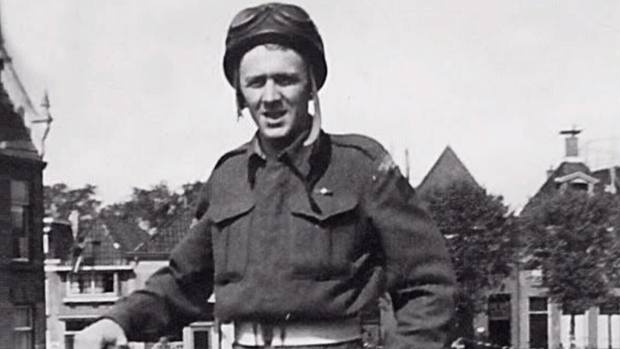 The former soldier used to get letters from his wife during the war, and he would read them at night inside the trenches using the light from the tracer fire overhead.

The mail from home was his source of comfort, Ron said.

Fred’s daughter-in-law Betty Arsenault has taken on the task of receiving the mail and keeping track of how many cards they’ve received.

She and Ron are storing the boxes of cards as they continue to pour in. 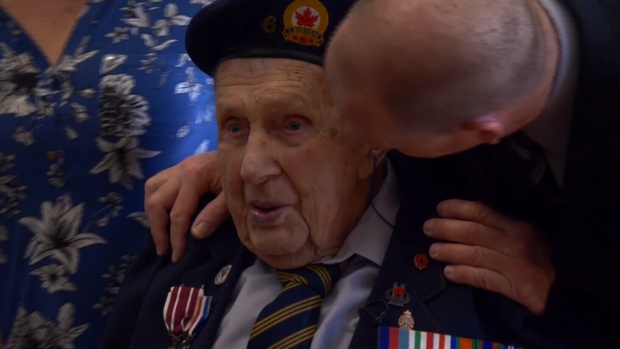 “It’s overwhelming for us and for him, especially for him,” Betty said. “It’s been very emotional … We never expected this at all.”

Fred’s birthday was celebrated at Sunnybrook, where dignitaries and military service members lined up to meet him.

“When you see what is going on in the news, now people needed a good news story...and this is a big one,” Ron said. 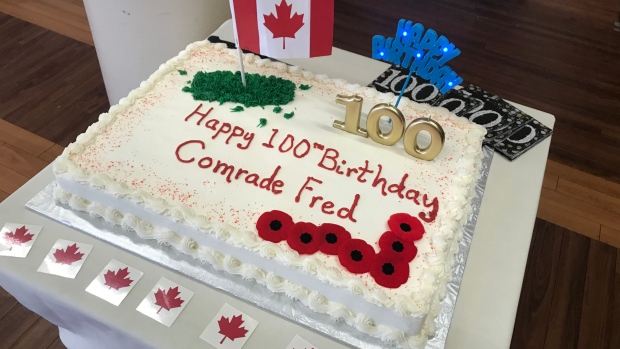