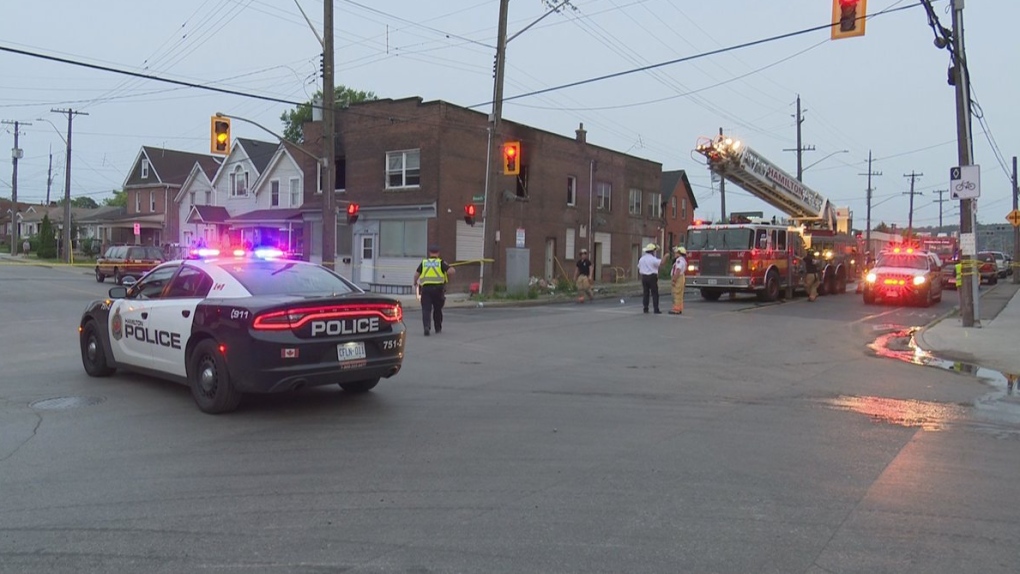 The scene of a fatal fire on Beach Road in Hamilton is pictured Monday July 8, 2019. (David Ritchie)

Police and firefighters are investigating a fire at a Hamilton apartment that left a woman and two dogs dead Monday night.

The fire broke out at an apartment at 104 Beach Road. Police said smoke was seen coming from an apartment of the multi-unit building.

A woman and two dogs were pulled from the home after firefighters responded.

The woman was rushed to hospital without vital signs and was pronounced dead a short time later. Police are still working to identify her.

Emergency responders performed CPR on the two dogs, but they did not survive.

The Hamilton Fire Marshall and Division 20 detectives are looking into the deadly blaze, according to a statement from police.

There is no word so far on the cause of the fire.