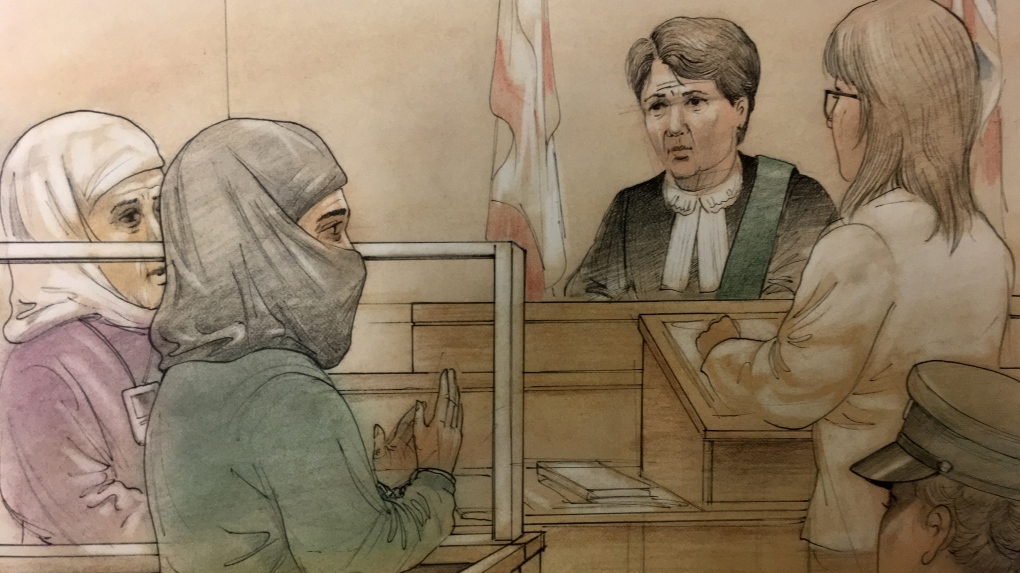 A woman facing terror offences in relation to bizarre golf club and knife attack inside a Scarborough Canadian Tire store will face a judge and jury trial after offering to renounce her Canadian citizenship and questioning ISIS’ designation as a terror group in a Scarborough courtroom on Wednesday.

Appearing in person for the first time in months, 32-year-old Rehab Dughmosh also indicated her intent to plead not guilty, contradicting statements she made in earlier appearances.

Through an Arabic interpreter, she urged the judge not to refer to ISIS as a terror group when listing charges against her, but to instead call them the Islamic State.

“The charges are read as they are listed,” the judge replied.

When presented with three options as how she should be tried, Dughmosh picked none of the above.

“I don’t choose anything,” she said through an interpreter.

By default, the judge said, this action indicated Dughmosh, who is representing herself, elected for a trial by judge and jury.

Dughmosh is facing a total of 21 criminal and terror-related offences in connection with an incident at Cedarbrae Mall on June 3.

Police previously said she walked into a Canadian Tire store and allegedly assaulted staff and customers with a golf club in the store’s paint section.

According to investigators, she allegedly drew a large knife from under her clothing, uttered death threats and expressed support for the Islamic State terror group during the incident.

She was later restrained and disarmed by store employees. One employee suffered non-life-threatening injuries.

The RCMP later added to her initial charges of assault with a weapon, uttering threats and carrying a concealed weapon, charging her with four counts of attempted murder. They alleged her actions were in support of a known terrorist group.

Federal security officials also allege Dughmosh left Canada on April 24, 2016 to travel to Syria but was intercepted and detained in Turkey. She was returned to her home without charge.

In court on Wednesday she also asked if the court had jurisdiction over her because she is a Canadian citizen.

When the judge said no, she offered to give it up anyways.

“Tell her anyhow I waive my Canadian citizenship,” she said through an interpreter.

Dughmosh must also undergo a preliminary inquiry ahead of her trial, which has not yet been scheduled.