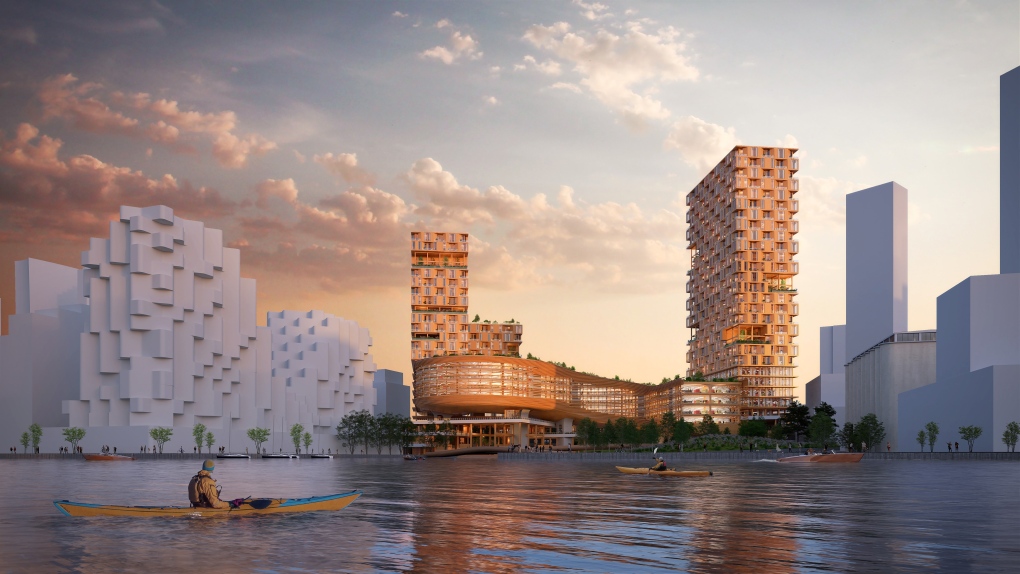 An artist's rendering of the exterior of a building is shown in this handout photo.THE CANADIAN PRESS/HO, Snohetta, Sidewalk Labs

TORONTO -- Waterfront Toronto's board is seeking more time to make a decision on whether to move forward with Sidewalk Lab's proposal to build a smart city.

The board now wants to make a decision about the controversial Quayside project pitched for a swath of Toronto's lakefront by May 20, instead of by the March 31 deadline the two sides agreed on.

Waterfront and Sidewalk Labs, owned by Google's parent company Alphabet, previously extended the deadline to make a decision on the proposal from Sept. 30, 2019 to March 31, 2020.

Waterfront says the extension would give locals more time to offer input on its evaluation of Sidewalk's proposal.

It has been met with criticism from tech, privacy and business experts across the country over its potential use of data and the demands it could place on the city and government.