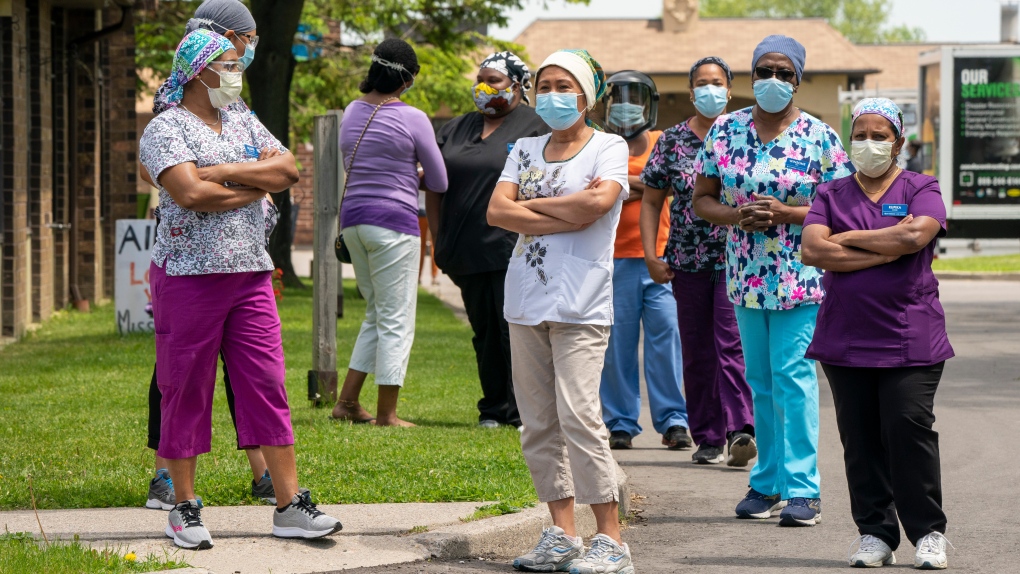 TORONTO -- A group of unions that together represent 70,000 workers in Ontario’s long-term care homes are raising concerns about the sector’s readiness for the second wave of the COVID-19 pandemic.

Nearly two-thirds of all Ontario deaths attributed to COVID-19 have involved residents (1,825) or staff (eight) at long-term care homes with some hard-hit facilities seeing hundreds of cases at a time.

Thankfully the number of outbreaks in long-term care homes has quieted over the course of the summer with only 28 currently classified as active but concerns do remain that the virus could again take root within the sector much like it did in the spring.

On Monday morning, officials from CUPE Ontario, SEIU Healthcare and Unifor held a joint news conference where they called on the Ford government to take action now to improve conditions in long-term care homes before there is a “repeat of death and destruction.”

The unions say that the Ford government can do so my mandating higher staff-to-resident ratios and boosting wages to attract more nurses and personal support workers. They also want the government to abolish privatized long-term care facilities, which they say operate with 17 per cent fewer employees than municipally-run facilities.

“Clearly we have learned nothing from the first wave of this virus and residents and staff are again at risk of losing their lives,” CUPE Ontario Secretary-Treasurer Candace Rennick said during the news conference. “It is unconscionable and completely unacceptable. We cannot stand by and allow one more avoidable death or illness. Today we need the government to step up. No more empty promises. We need a government that will put in place guaranteed protections, proper staffing levels and adequate funding.”

The Ford government previously took several steps to limit the spread of COVID-19 in the long-term care sector, including a decision to prohibit guests from visiting loved ones for months. 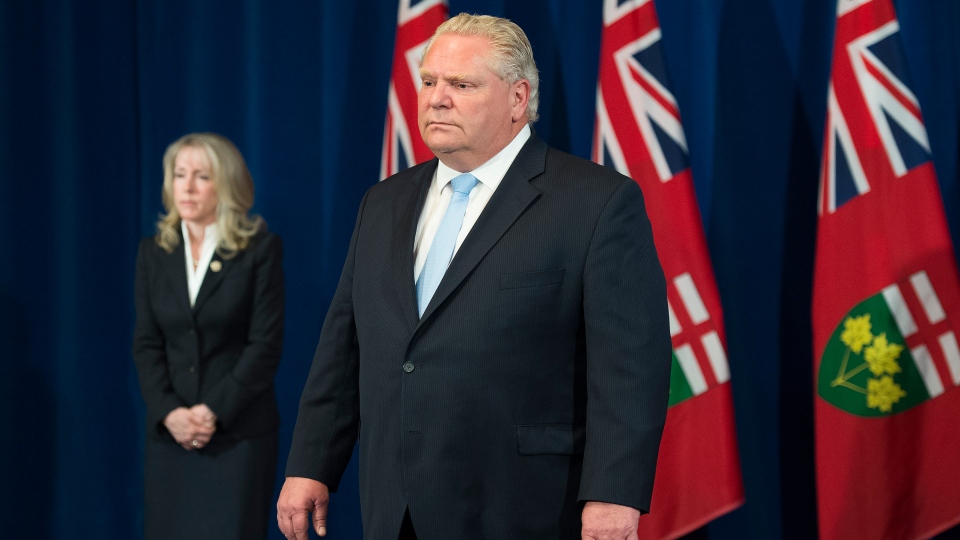 They also called in the military to help limit the spread of the virus in seven hard-hit facilities.

Their observations were eventually compiled in a damming report that included dozens of allegations of neglect, abuse and poor infection control practices.

Speaking with reporters on Monday, Rennick said that the pandemic “has made an untenable situation” worse and has highlighted the need for more staff inside many of Ontario’s long-term care homes.

She said that even though 2,683 health care workers in Ontario’s long-term care homes have contracted the virus since March, some are still not even being given access to an adequate supply of Personal Protective Equipment (PPE), much less fair pay and benefits.

“In Ottawa right now at the West End Villa – currently the deadliest outbreak in the province, with 52 residents confirmed, 23 staff confirmed, dozens more waiting for their test results and eight dead since the beginning of the month – staff are still being denied access to the N95 mask,” she said. “Premier Ford promised that he would do everything he could to avoid another repeat of death and destruction in long-term care. We don’t have the benefit of time. We need action now.”

Only two homes remain with more than five cases

There are currently 28 outbreaks at Ontario long-term care homes but only two involving with more than five confirmed resident and staff cases – both in the Ottawa area.

The unions, however, say that they are concerned that the increase in infections in the wider community will lead to a resurgence of the virus in long-term care homes, something that could have devastating consequences.

At Monday’s news conference, SEIU Healthcare President Sharleen Stewart warned that “Ontario’s nursing homes are in worst shape today just as the second wave of COVID is upon us.”

She said that the while Premier Doug Ford has had “nice words” to say about protecting the sector, he has so far “held no company accountable for repeated failures” and is running out of time to take action.

Those words were also echoed by several personal support workers who also took the podium at Monday’s news conference.

One of them, Kelly Stevenson, said that personal support workers are “tired of being called angels and heroes” and want the government to actually take action to improve their working conditions instead.

“We want you to stop making promises, we want you to do something,” she said, addressing Ford directly. “Start acting and stop chatting so much.”