TORONTO -- A fire at a downtown Toronto apartment building has left two people with serious injuries, according to Toronto paramedics.

It happened at approximately 12 p.m. in the area of Wellesley and Bleecker streets in the city’s St. James Town neighbourhood.

Firefighters successfully put out the two-alarm fire at the 29-storey highrise 45 minutes later, according to police.

A male in his 60s and a female in her 70s were located suffering from serious injuries, Toronto Paramedic Services said. The male was taken to a burn centre while the female was taken to a local hospital for treatment of their injuries.

The Office of the Fire Marshal (OFM) is now investigating the incident. 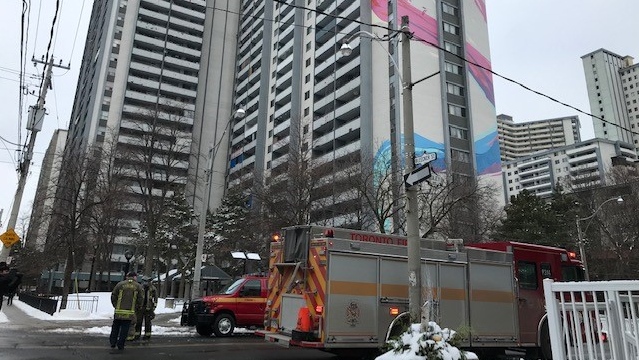