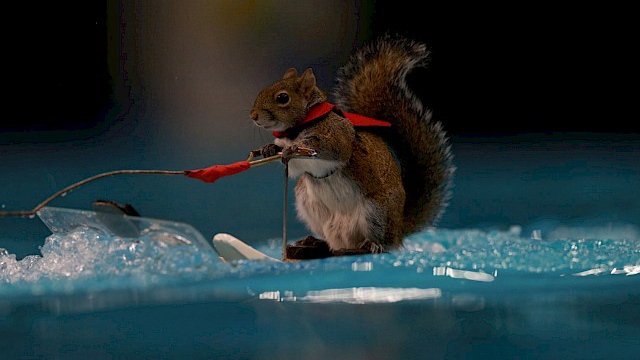 Twiggy, the water skiing squirrel, is pictured at the Toronto International Boat Show, which took place between Jan. 17 and Jan. 26. (Toronto Boat Show/Twitter)

TORONTO -- The City of Toronto says Twiggy, the water skiingsquirrel, performed illegally in Toronto this past January because it contravened a bylaw banning the critter’s captivity.

Thousands attended the Toronto International Boat Show to watch Twiggy, who performs at boat shows across North America, ski along an indoor pool in mid-January.

“Toronto Animal Services spoke with the organizers of the Toronto Boat Show and informed them keeping an Eastern Grey Squirrel in captivity is prohibited in Toronto,” a spokesperson for the city said Friday. “Therefore, the squirrel’s handlers were contravening the bylaw.”

It wasn’t the first time the trained squirrel was brought in to perform in Toronto. Twiggy’s performance, which aims to teach children about water safety, began in 1979 in the U.S., but there’s been about several different squirrels performing as Twiggy since then.

The company behind the attraction, Twiggy Inc., and the Toronto Boat Show did not respond to CTV News Toronto’s requests for comment. 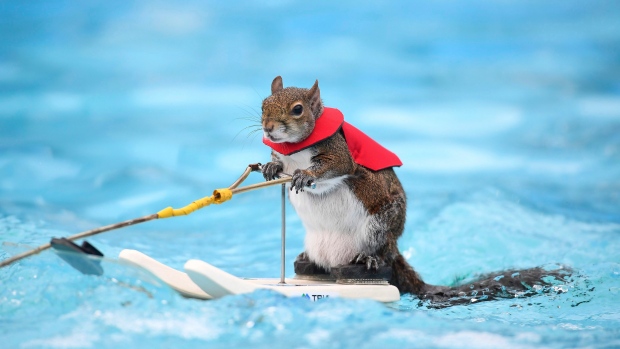 Nathalie Karvonen, the director of the Toronto Wildlife Centre, a veterinary clinic for wild animals, said she filed the complaint to the city as soon as she heard about the performance, calling it a “horrifying” act.

“We were really horrified by what they were doing … It’s no different than a dancing bear,” she told CTV News Toronto Friday. “A squirrel is not an aquatic or a semiaquatic animal. It’s just not what squirrels do, it very stressful and unnatural.”

She said the act is simply aiming to make money at the expense of the animal’s welfare, despite Twiggy Inc. and the boat festival saying it’s meant to teach children about water safety.

“What animal besides a human is mean to be on water skis?” Karvonen asked. “It’s a pretty scary thing even for people.”

No, Toronto, you cannot have an elephant as a pet. Nor a bear, flamingo, hyena or even an Eastern Grey Squirrel. Here's a link to the full list of animals that are prohibited in the city of Toronto https://t.co/EW3rh6CyZq

The city said that certain animals cannot be held in captivity for a number of reasons, including concerns for public health and concerns around animal care.

As of Jan. 1, 2018, the city stated that animals, which cannot be held in captivity, could also not be used as part of “mobile educational programs” or “mobile live shows.”