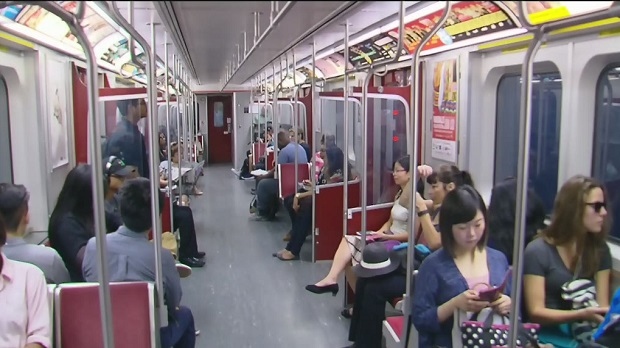 There was a total of 26 hours in service delays resulting from people jumping onto subway tracks in 2016, TTC Spokesperson Brad Ross confirms to CP24.

Ross confirmed to CP24 that there were 167 separate incidents last year in which trains were delayed because somebody was spotted on the track, including 16 incidents in which someone crossed the tracks to get to the other platform.

There were also eight incidents in which people jumped onto the tracks in order to retrieve personal belongings, Ross confirmed.

The 26 hours in service delays do not include times when the subway was shut down for a suicide attempt.

The alarming numbers come one day after a portion of Line 2 was closed because someone ran down the tunnel with police in pursuit.

The circumstances surrounding the incident remain murky but one woman who posted to the Bunz Trading Zone on Thursday said she saw the man “casually walking down the track at Ossington Station.”

“There is complete silence until one woman yells ‘Run Kimosabe!!’ He continues up the stairs. Then the cops come down the track after him, climb up, ask which way he went and then follow him,” Amy Lockwood wrote.

Ross tweeted about the bizzare incident on Thursday but did not provide any further details.

The service disruption lasted for about 40 minutes.

“For reasons I cannot explain, someone is running down the tunnel on Line 2 near Landsdowne Stn. Police in pursuit,” Ross said at the time.