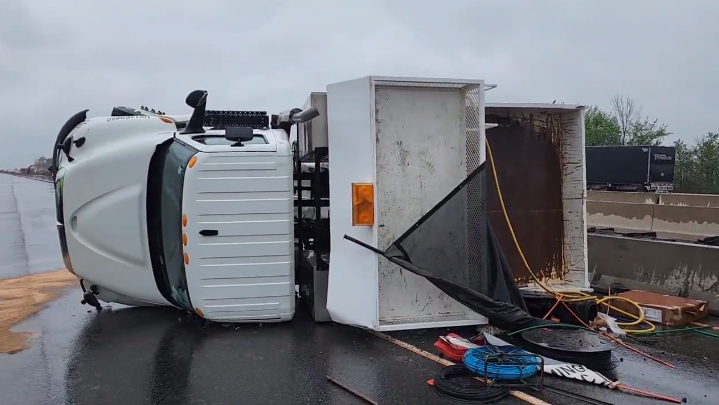 A truck rollover on Highway 400 south of Newmarket caused significant delays for most of the afternoon on Monday.

Police say a passenger vehicle cut the truck off, and the truck driver lost control and hit the concrete barrier, causing it to roll onto its side in a construction zone.

"It was raining at the time," said OPP Sgt. Kerry Schmidt via Twitter video.

The truck blocked the northbound lanes at Aurora Road.

"It is leaking fuel," Schmidt noted.

The southbound lanes were unaffected, but Schmidt said there were some slowdowns as drivers tried to get a glimpse of the crash.

Several hours later, police said the concrete barrier had been repaired the cleanup was complete.

Meanwhile, police ask anyone with information to contact them as they continue the investigation.

Mounties on Vancouver Island have publicly identified the two gunmen killed during a shootout with police at a bank in Saanich on Tuesday.