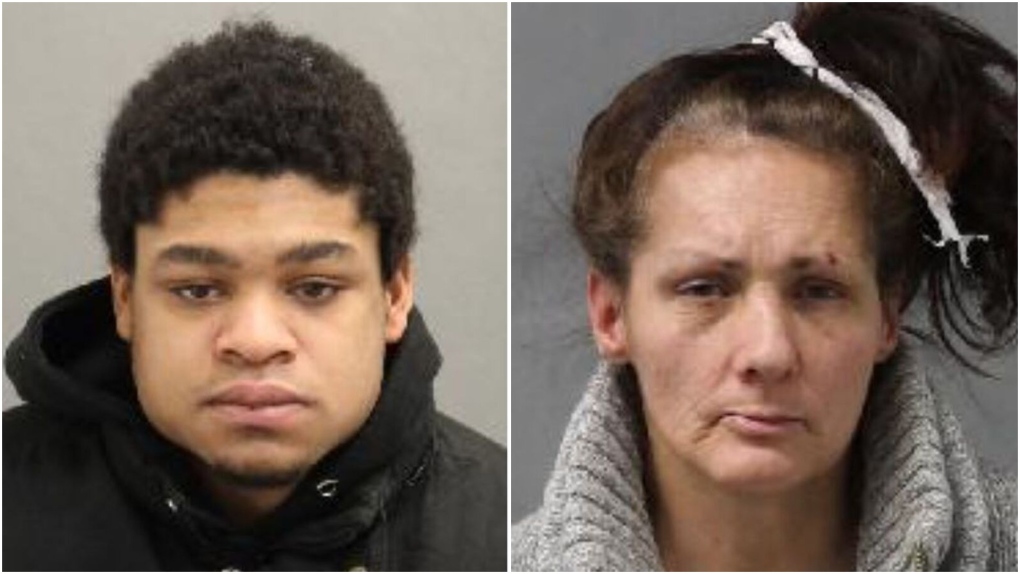 Toronto police are searching for Michael Lauder (left) and Karen Constantin (right) in connection with a shooting last week that left a man with life-threatening injuries. (Toronto Police Service)

TORONTO -- Police are asking the public for help in locating two individuals believed to be involved in a shooting last week that left a man in critical condition.

Emergency crews were called to an apartment building on Willison Square, near Spadina Avenue and Dundas Street West, at around 6:45 p.m. on Friday for reports of shots fired.

When officers arrived at the scene, police say a man was located with a gunshot wound.

The victim was rushed to hospital with life-threatening injuries, paramedics say.

Police said that the man responsible for the shooting fled the scene prior to police arriving.

On Thursday, police released images of two suspects wanted in connection with the incident.

Michael Lauder, 21, of Toronto is wanted on charges of attempted murder, aggravated assault and unauthorized possession of a firearm.

Karen Constantin, 47, of Toronto, is wanted on a charge of unauthorized possession of a firearm.

Both suspects are considered armed and dangerous, according to police, and should not be approached. If located, investigators are asking the public to contact police immediately.