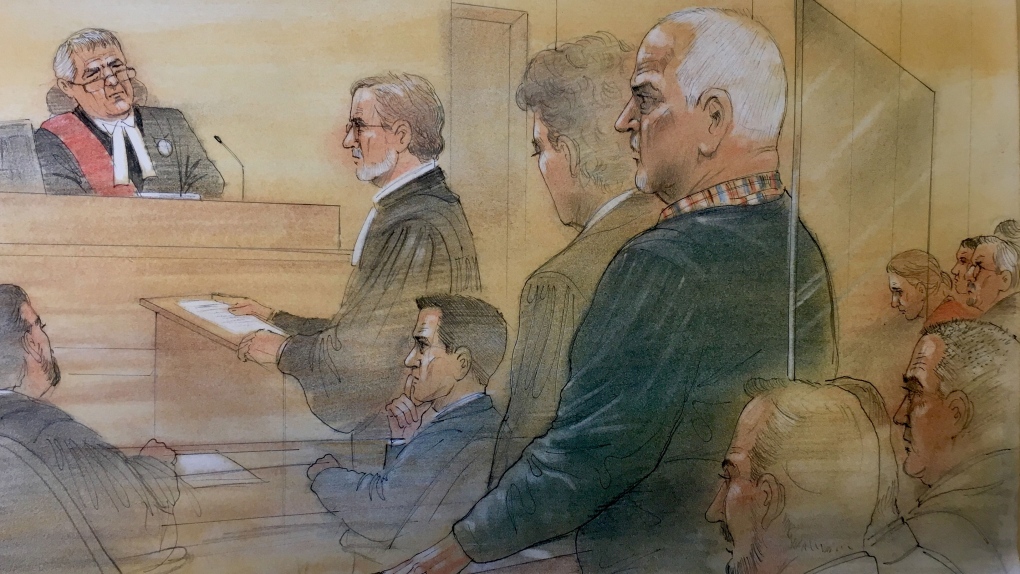 Bruce McArthur appears in a Toronto courtroom where he pleaded guilty to eight counts of first-degree murder on January 29, 2019. (Sketch by John Mantha)

A Toronto police sergeant will be charged with Police Service Act offences, in connection with the Bruce McArthur investigation.

Sgt. Paul Gauthier is set to appear before a disciplinary hearing on Feb. 5 at Toronto Police Headquarters and be charged with insubordination and neglect of duty.

Gauthier’s lawyer, Lawrence Gridin, says the charges have to do with an investigation conducted into a 2016 incident involving McArthur where he was arrested but ultimately not charged.

“The decision not to charge Bruce McArthur for the 2016 incident was made in conjunction with Detective Gauthier’s supervisor and based on the information available at the time,”Gridin said Friday night. “Det. Gauthier conducted a proper investigation and fully documented the arrest of McArthur so that the information was available to all other investigators.”

McArthur pleaded guilty this week to killing eight men between 2010 and 2017.

“McArthur’s monstrous nature was difficult to uncover because he led a life of extreme deception, not because of anything to do with the 2016 arrest,” Gridin said. “Det. Gauthier has great sympathy for the victims and the community.”

Then-Det. Sgt. Hank Idsinga told CP24 last year that in late 2017, he came across “an incident in the previous years where we're not sure if what was done investigatively should have been done.”

Idsinga said he contacted the police service’s professional standards branch to inform them about what he had learned.

"As a result an officer has been compelled to attend a tribunal in efforts to provide an explanation for his actions," Toronto police said in a statement published to Twitter later on Friday night.

Gridin says his client has worked for the Toronto police service for more than a decade.