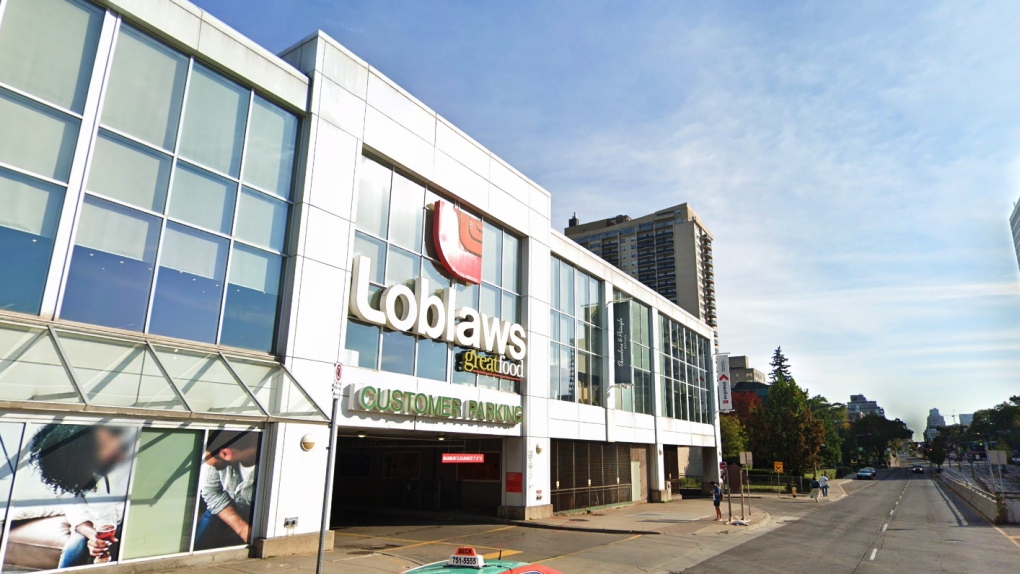 TORONTO -- It was a strange scene at a Toronto Loblaws on Easter Sunday when shoppers arrived to find the doors open at the virtually deserted grocery store.

The vast majority of shops were closed Sunday for the holiday but it appears the Loblaws store located at 396 St. Clair Avenue was mistakenly left open.

For customers who showed up that morning, there were no long lineups to get inside or crowded aisles to try to maneuver.

Speaking to CP24 on Tuesday, David Marchione said he was out for a walk in his neighbourhood at around 10 a.m. on Sunday when he noticed someone with several grocery bags coming out of the store, located in the area of Bathurst Street and St. Clair Avenue West.

He said he noticed that there were no security guards at the front of the store to manage crowd control and enforce physical distancing rules.

At that point, he decided it might be a good time to pick up a few groceries and when he walked into the store, the lights were on and music was playing.

He noticed someone in the distance in the produce section but did not see any employees.

Marchione said he started shopping but when he went to pay, all of the cashier stands were closed.

When he saw the self-checkout kiosks were also closed, that is when he realized the store wasn't supposed to be open.

"(I) decided to put all my stuff back as it was starting to feel like I was in Zombieland," Marchione wrote in a Facebook post published Sunday.

In an email to CP24, Loblaws confirmed that the store was supposed to be closed on Sunday.

"We can confirm that we experienced an occurrence at the Loblaws at 396 St. Clair Avenue West on Sunday morning while the store was closed for business on Easter Sunday," a spokesperson for Loblaws wrote.

"Unfortunately, closing protocols were not completed in entirety which resulted in a number of customers gaining access to our store."

Deborah Stewart, who shot a video inside the empty store on Sunday, said she and her boyfriend were unsure if it would be open when they went there that morning.

When they got inside, she said they almost immediately realized something was off.

"It was pretty early so I kind of figured maybe they are just not open yet but by the time you got over to where all of the packaged food is, you could see that there were no cashiers or employees anywhere," Stewart said. "It was kind of surreal shopping in there, like did something happened outside that no one told us."

Stewart's boyfriend said that the three people they saw leaving with groceries, which included a doctor and a food bank worker, all wrote down the items they grabbed so they could come back the following day to pay their bill.

“No one who walked out was actively trying to steal,” he said in an email to CP24.

Stewart said she decided to call police to let them know the store was open unsupervised.

"They came eventually to shut down the store," she said.

Toronto police confirmed to CP24 that officers were called to the grocery store at around 10:40 a.m. Sunday.

"It is believed the premises were not locked up before closing, and as a result it became an insecure premise," a Toronto police spokesperson wrote in an email to CP24.

Police say they have no confirmation that anything was taken while the store was unlocked.