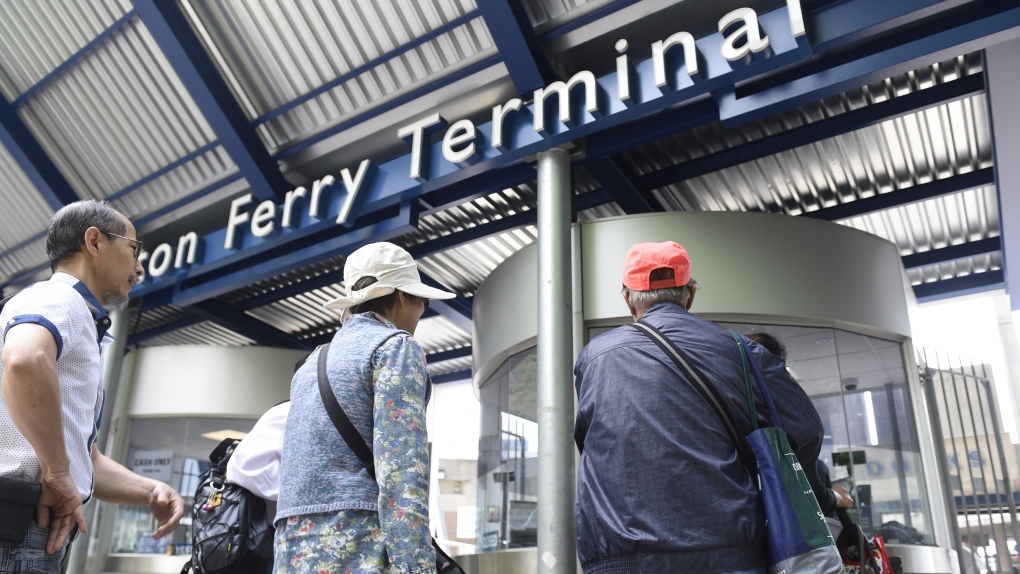 Visitors heading for the Toronto islands line up at the Jack Layton ferry terminal to purchase boarding tickets on June 17 2014. (Fred Lum / The Globe and Mail)

TORONTO -- Regular ferry service to the Toronto Islands will resume this weekend but capacity will be reduced and people will have to book a ticket in advance.

Toronto Island Park has remained open during the COVID-19 pandemic but ferry service to the islands has been limited to residents only, making the popular summertime attraction largely inaccessible to the general public.

At a news conference at the Jack Layton Ferry Terminal on Wednesday morning, Mayor John Tory confirmed that service for non-residents will resume on June 27.

He said that a Transport Canada order limiting all ferries to 50 per cent capacity will remain in effect and the city will also cap the total number of tickets issued each day at 5,000 in order to address concerns about crowding, both on the islands and on the boats themselves.

Face coverings will also be mandatory for all ferry passengers for the time being.

“We all know how eager people are to be able to get to the islands,” Tory said in making the announcement. “We have worked really hard over the last few months to stop the spread of the virus and we have all done things we would have rather not done, including not being able to visit the islands, so we could reach a day like this where we are sort of starting the process of making sure we can get back to the things that we enjoy so much, especially in the warmer weather.”

The city typically operates ferries to Ward’s Island, Centre Island and Hanlan’s Point year-round but over the last few months the only ferry operating was a smaller vessel to serve the residential community on Ward’s Islands. 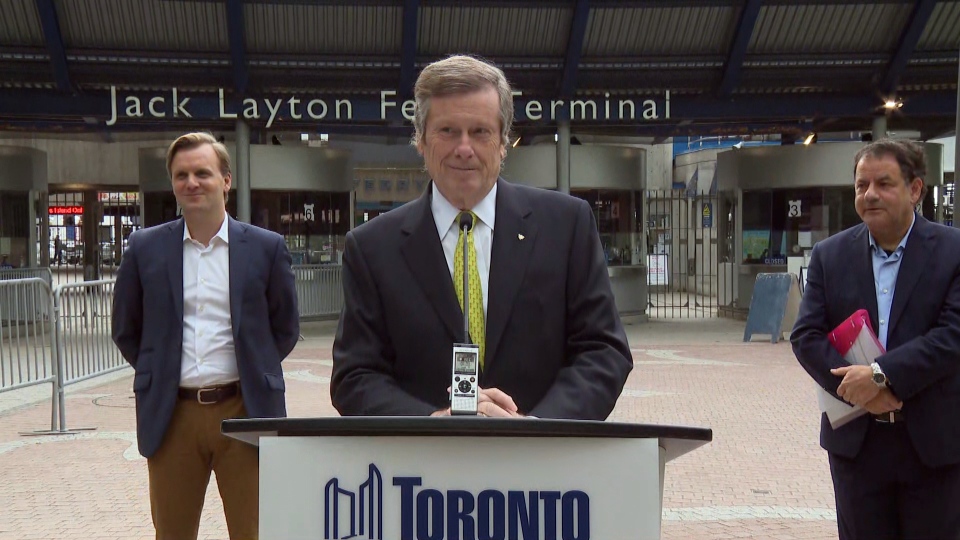 Water taxis were also instructed to stop dropping off customers on the islands.

Speaking with CP24 earlier on Wednesday, Tory said that while the park was never closed the city “didn’t want to encourage people” to head there due to concerns about crowding at the ferry docks during the height of the pandemic.

Now that the province has begun gradually reopening, Tory said that he believes that it is time for the islands to do the same.

As of Saturday, public washrooms on the islands will be open as will splash pads, some food and beverage outlets, the Franklin Gardens, the William Meany Maze, the disc golf course and a first aid station.

The Centreville amusement park, meanwhile, will remain closed due to a provincial emergency order that bars it from operating.

“The islands are phenomenal because they are more than green space. The islands in so many ways represent an oasis in our dense and growing urban core,” Coun. Joe Cressy, whose downtown ward includes the Toronto Islands, told reporters at Wednesday’s news conference. “Nearly every single Torontonian has a special memory associated with the islands. Whether it is as a kid going to Centrveille or running through the maze, as a teenager going on a first date and I am speaking from experience here or as somebody who is a little older and just loves the experience on one of our wonderful ferries. Everybody has a memory because there is something very special about our tiny island here in Toronto.”

Book tickets online in advance and come out and enjoy the Islands. pic.twitter.com/Q3MUL3iDu4

Anyone visiting the islands is being encouraged to refrain from taking the ferry during peak hours, which is generally considered to be 9:30 a.m. to 12:30 a.m. for departures and 3:30 p.m. to 6:30 p.m. for return trips.