Toronto is sending off its old streetcars in style 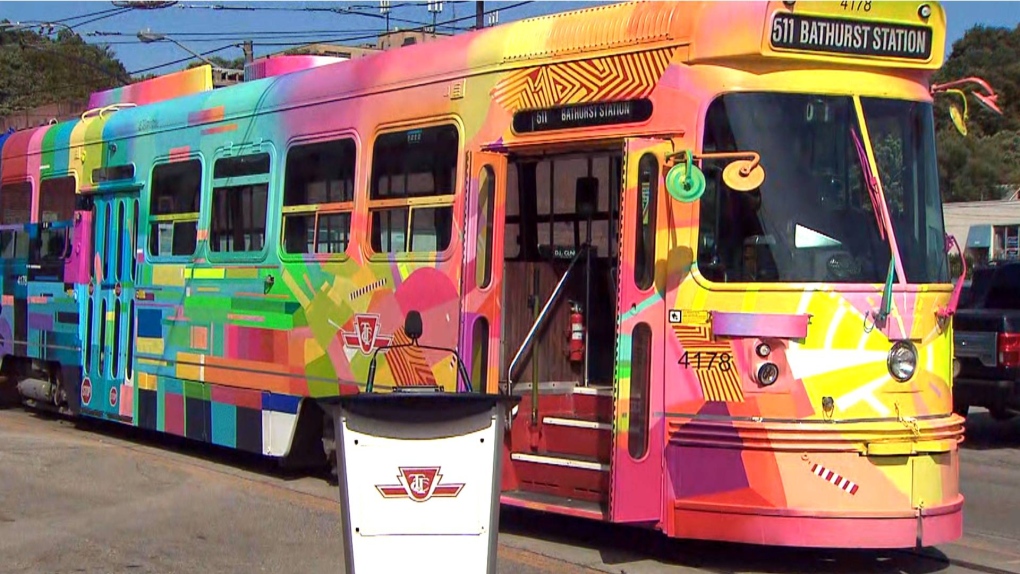 'A Streetcar in Toronto' is officially unveiled on Saturday 25, 2019.

Toronto will soon be saying goodbye to its old streetcars – but first residents will spot the newly-designed, brightly painted transit vehicles operating along downtown streets.

The city is retiring its Canadian Light Rail Vehicles (CLRV) after 40 years of service, and to celebrate, the Toronto Transit Commission (TTC) partnered with local artists to create an exhibition that “pays tribute to this unique civic icon.”

The project, called “A Streetcar Named Toronto,” saw CLRV #4178 transformed into a colourful art activation—both inside and out. Artist Jacquie Comrie painted the exterior of the streetcar using a variety of colours and hues, including neon and glow-in-the-dark paints. 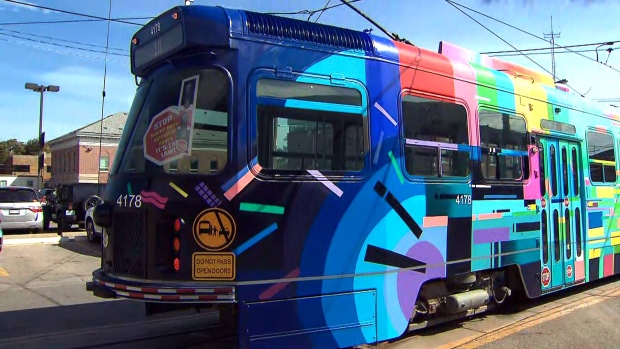 'A Streetcar in Toronto' is officially unveiled on Saturday 25, 2019.(CTV News Toronto)

The interior of the streetcar will feature art activations by Nicole Beno, Ryan Van der Hout and Chris Perez. Officials said there will also be textile and lighting modifications by Susanne McGregor.

"The retirement of the CLRV has presented a rare opportunity for the TTC to not only support the arts, but also to set a new bar for the integration of art on public transit," said TTC Chair Jaye Robinson in a statement. 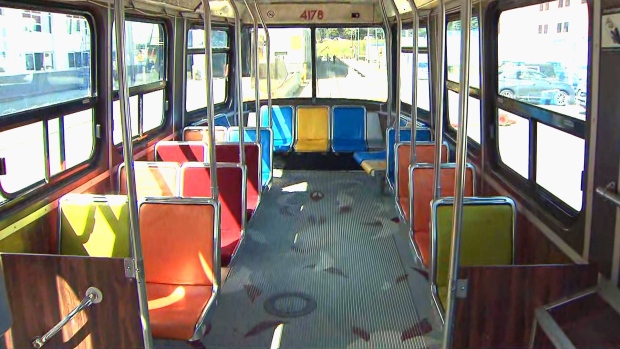 The interior of the streetcar will feature numerous art activation. (CTV News Toronto)

The project was paid for by CityFund, a Canadian charity that aims to help make cities a better place to live. The organization’s president said it was a “thrill” to participate in the project.

"Art is often a destination kind of thing so to be able to bring it to people in an intimate space like this and show them something during their commute that they might not otherwise see is a real privilege,” Mark Fiorillo said. 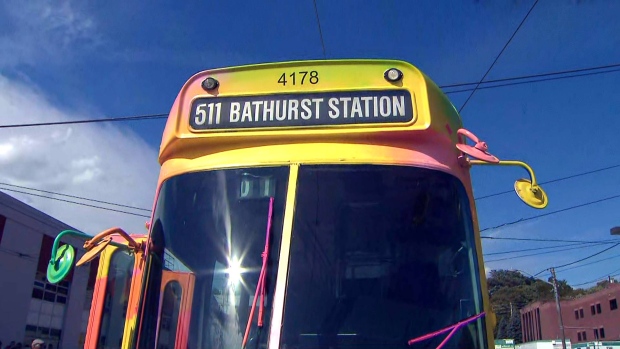 The revamped streetcar should be visible both during the day and at night. (CTV News Toronto)

The revamped streetcar will run until December, primarily on the 506 Carlton and the 501 Queen routes. It will also run on the 511 Bathurst route during Nuit Blanche on Oct. 5.

The last of the CLRVs will be retired in December in a special commemorative event.