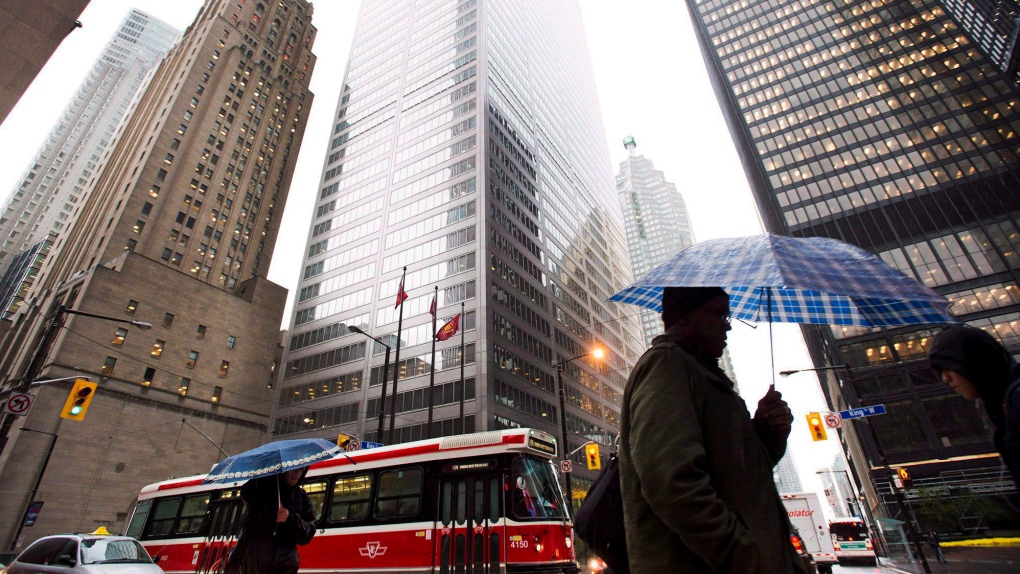 A man carries an umbrella through downtown Toronto during a rainstorm in this file photo. (Nathan Denette/The Canadian Press)

A tornado warning for south-central Ontario, including the regions of York and Durham, has ended.

Shortly before 3 p.m., Environment Canada also issued a severe thunderstorm warning for the City of Toronto, saying that the thunderstorm may be capable of producing “up to nickel size hail and heavy rain.”

“A severe thunderstorm located over Etobicoke to Scarborough south of the 401 is tracking east at 30 km/h,” the warning read. “Severe thunderstorm warnings are issued when imminent or occurring thunderstorms are likely to produce or are producing one or more of the following: large hail, damaging winds, torrential rainfall.”

The warning ended about 45 minutes later.

The temperature in Toronto on Saturday is expected to reach a high of 26 degrees, feeling like 31 degrees with the humidex. There is a 40 per cent chance of showers in the afternoon, with the wind expecting to gust around 40 km/h.

Fog patches may develop after midnight, the weather agency said.

Sunday is expected to be cloudy with a 30 per cent chance of showers. There is also a risk of a thunderstorm in the afternoon.