TORONTO -- Police are investigating a shooting in Etobicoke’s Willowridge neighbourhood that left one teen with serious injuries.

Gunshots rang out outside an apartment complex in the area of Willowridge Road and Richgrove Drive, located near Martin Grove Road and Eglinton Avenue, late Tuesday night. 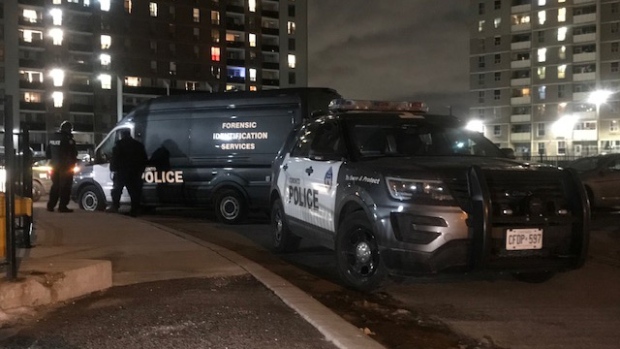 “What we have learned from witnesses is another vehicle had pulled up and picked up the victim after the victim had been shot and transported him to a local hospital,” an officer on the scene told CP24.

“We received a call from the local hospital that the victim had shown up suffering from gunshot wounds.”

Police say the victim was shot multiple times at close range in the face and upper body.

He was transferred to a trauma centre, where he remains in stable condition.

Police have not released any information on possible suspects.

-With files from CP24's Cam Woolley