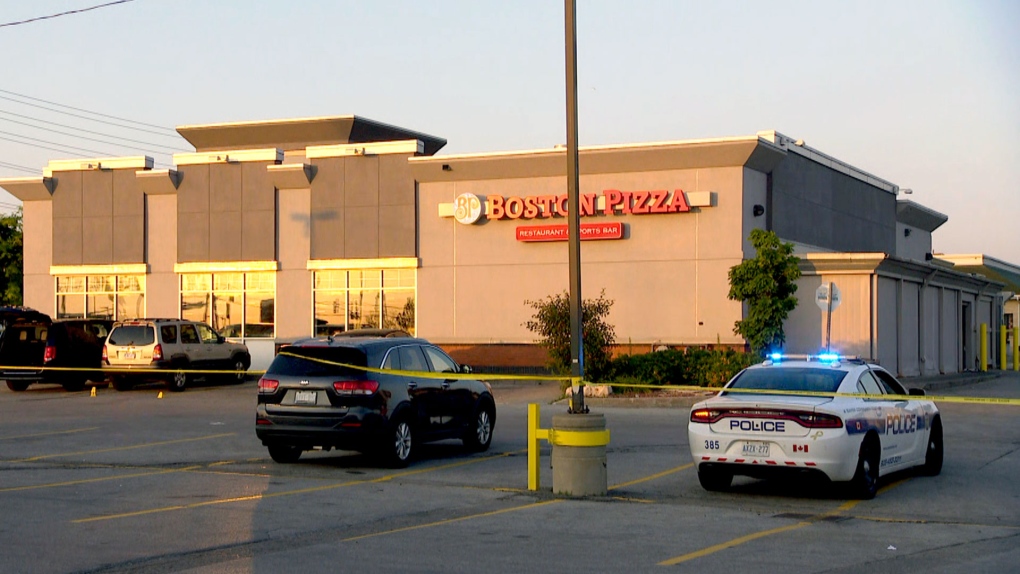 The scene of a stabbing at a Boston Pizza in Brampton is seen. (CTV News Toronto)

One person is in critical condition and a second victim sustained serious injuries following a stabbing at a restaurant in Brampton.

The incident occurred at around 11 p.m. inside a Boston Pizza near Chrysler Drive and Queen Street East

Police say that multiple people were involved in an altercation inside the restaurant and two people were stabbed.

One of the two victims is listed in critical condition and the second suffered serious injuries.

One suspect been taken into custody in connection with the incident but police have not said what charges they are facing.

Police have not said if they are searching for any additional suspects but the investigation in ongoing.