Residents who live in Orono, about an hour east of Toronto, say they've always joked that the town is just Toronto without the T's.

After the City of Toronto announced they would be replacing the iconic Toronto sign in Nathan Phillips Square with a more durable version, residents of the roughly 1,100-person town came up with a brilliant idea. Residents have reached out to Mayor John Tory asking that the old Toronto sign be donated to the struggling town in the hopes it boosts tourism.

Mark Rutherford, who lives in Orono, said hundreds of thousands of people used to travel through the town each year, but a divider in the highway, which was installed to improve traffic safety, diverted people away.

As a result, Rutherford said that people stopped visiting and businesses started to close. Orono residents think the Toronto sign could bring with it a much-needed tourism boost.

“Access to our town was reduced and became too inconvenient to most travelers to make a quick stop and visit our downtown shops,” Rutherford said in a Facebook post. 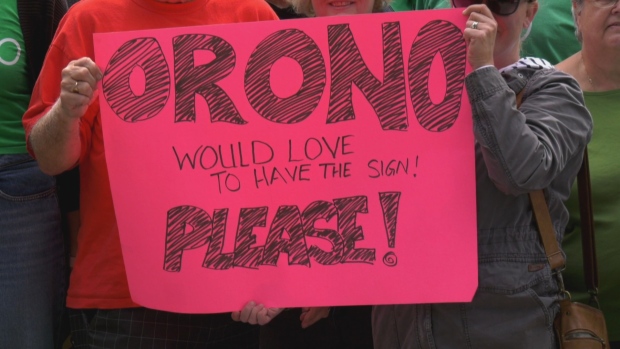 “In the last few years, we have lost our grocery store, our LCBO, our CIBC bank, and other small shops have struggled to stay afloat.”

“Positive things are starting to happen again in Orono, but we could really use a boost.”

Rutherford sent a request to Tory on Tuesday, asking that the City of Toronto donates the aging sign.

“We’ll even take the T’s if it’s an all or nothing deal,” Rutherford said. 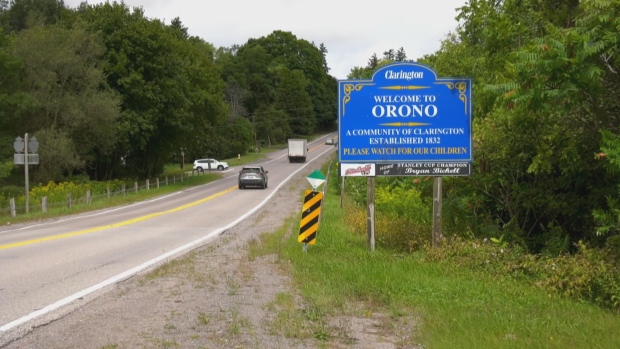 The small town is about an hour east of Toronto. (CTV News Toronto)

Tory told CTV News Toronto on Wednesday that he's open to the idea of donating the sign, but thinks Toronto still needs more love in Ontario.

"I am willing to talk to them," Tory told CTV News Toronto on Wednesday.

"Each letter stands on its own, but I look at it as something that shouldn't be broken up." 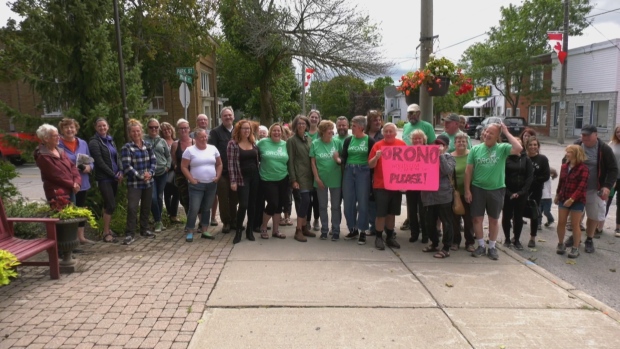 The campaign to donate the Toronto sign has also grabbed the attention of TSN's Dan O'Toole, who is pleading with Tory to "make this happen"

And really, let’s be honest @JohnTory, who else would be able to use it? We will take extremely good care of it. We promise!!!!

"Let's be honest @JohnTory, who else would be able to use it? We will take extremely good care of it. We promise!"

"Orono needs to catch a break."