TORONTO -- A second suspect has been arrested after a hit-and-run in Scarborough left a toddler and two women with serious injuries.

A vehicle mounted a sidewalk after failing to stop for a red light at an intersection near Ellesmere Road and Pharmacy Avenue on Oct. 13 and allegedly struck the women and the child.

It is alleged the Dodge Journey SUV drove past a few stopped vehicles, and failed to stop for the red light at the intersection.

The vehicle later stopped on the sidewalk just east where the pedestrians were hit. 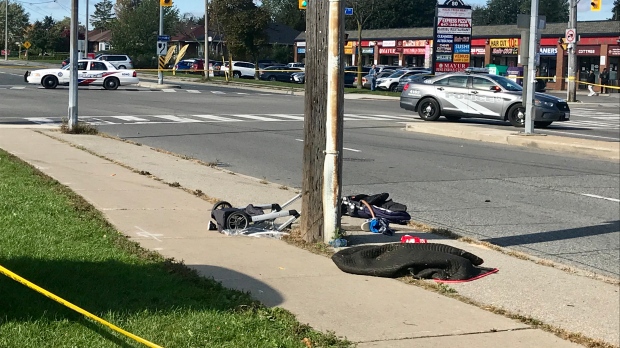 Police believe two occupants exited the vehicle, walked around, and assessed the scene.

Police said one person got back into the vehicle and fled the scene southbound on Pharmacy Avenue. The other person fled on foot.

The vehicle was then found abandoned near St. Clair Avenue East and O’Connor Drive one day later.

Last week police arrested 40-year-old Toronto resident Jeremiah Cook, who is alleged to have been a passenger in the vehicle.

The search, however, had been continuing for the alleged driver.

Police confirmed Thursday that 34-year-old Derek DeSousa has now been taken into custody in connection with the incident. 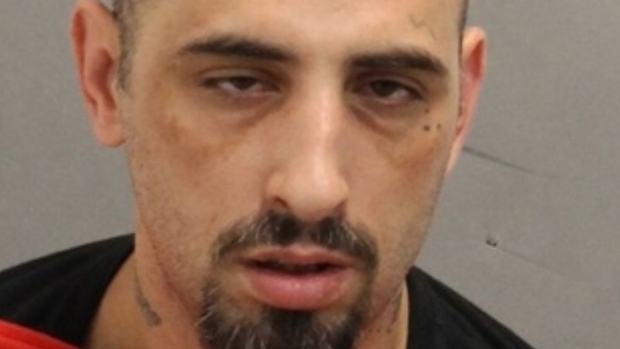 He is scheduled to appear in court Thursday.