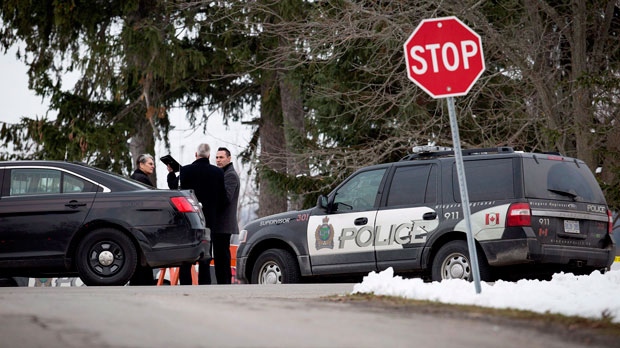 PELHAM, Ont. -- A police officer who was allegedly shot by a colleague in Pelham, Ont., six months ago is now facing assault charges in the incident.

Provincial police charged him on Wednesday with assaulting a peace officer, assaulting with intent to resist arrest and assault with a weapon, but declined to give details about their investigation.

Meanwhile, the Special Investigations Unit announced in March that it had charged Parker's alleged shooter with attempted murder.

The watchdog said Det. Shane Donovan was also charged with aggravated assault and assault with a weapon related to the incident on Nov. 29.

MacCulloch declined to comment on the specifics of the case and did not say what alleged actions led to the charges against Parker.

He noted, however, that his police force has been profoundly affected by the shooting.

"We are all still coming to terms with understanding what transpired that day," he said, adding that the public's trust in the Niagara Regional Police Service is his foremost concern.

MacCulloch said that was part of why he asked the OPP to investigate the parts of the incident that didn't fall under the SIU's jurisdiction.

"We would normally carry on that investigation ourselves," he said. "But in this case, because it was two of our members, I felt that it was most appropriate and provided an unbiased and impartial investigation to have that done by an outside agency."

Parker is set to appear in court in June.