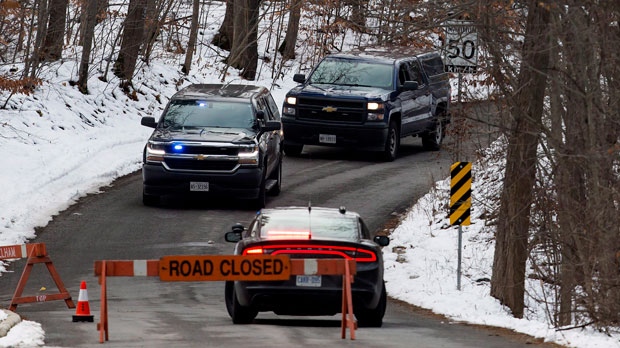 The case of a Niagara police officer who is charged with attempted murder in connection with the shooting of a fellow cop has been put over until May 9.

The incident happened near Effingham Street and Roland Road in Pelham on Nov. 29.

The Special Investigations Unit says that police were in the area to investigate a collision that occurred a few days prior when two officers got involved in some sort of altercation at around noon.

The SIU alleges that the accused discharged his firearm multiple times during that confrontation. The other officer sustained at least one gunshot wound as a result and was rushed to hospital in serious condition.

Det. Shane Donovan was charged with attempted murder, aggravated assault and assault with a weapon last month following an investigation by the SIU.

Donovan did not appear in court on Thursday, instead allowing a lawyer to appear on his behalf