Scarborough gets unflattering image as top photo on Google search 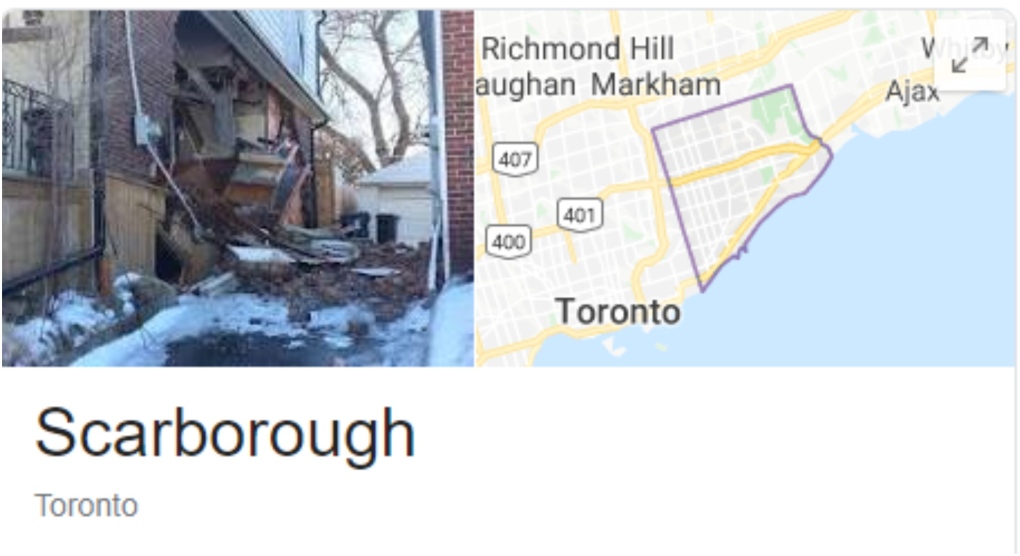 This is the image that appears when searching Scarborough on Google. (Google)

TORONTO -- A photo showing a partially-collapsed home is appearing as the top image for users searching Scarborough on Google.

The image, which originated from a news article about the home after it partially collapsed in February, has received backlash for being at the top of the search results.

When users search "Scarborough" in the search engine, the image appears at the top of the page beside a map of the area. In comparison, the lead image for North York and Etobicoke is a picturesque shot of the respective skylines.

"Google, your pic doesn't accurately depict the #Scarborough I've lived and worked in for many years," a Toronto police officer posted on Twitter.

"Was kinda hoping to see a picture of the bluffs or the zoo but ok," one user posted to Reddit posted about the photo.

The top images on Google are selected by a computer algorithm. It’s not clear what parameters the search engine uses or how the photo can be changed.