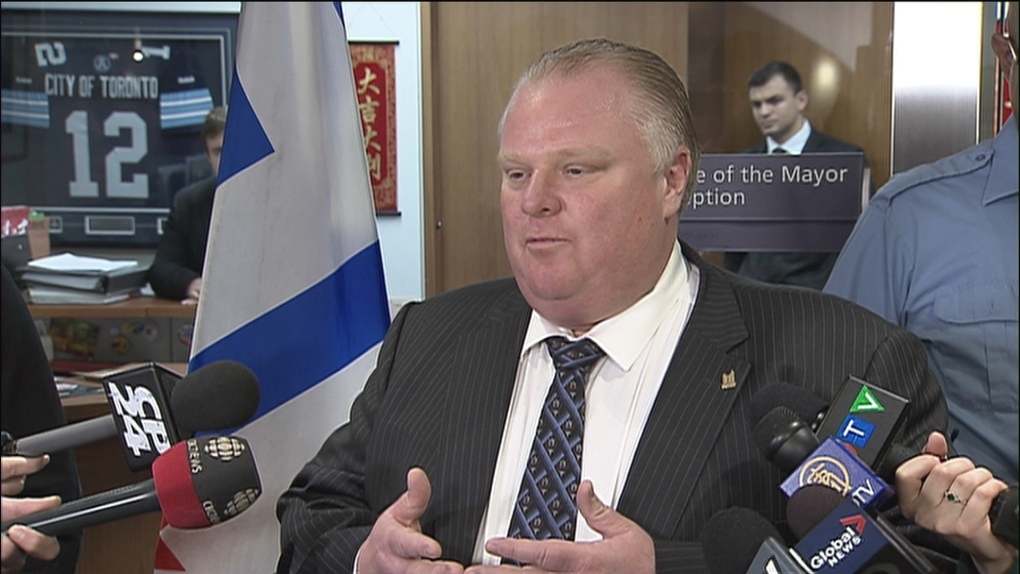 Mayor Rob Ford says he believes he was singled out by a RCMP officer when he was handed a $109 citation for jaywalking while in Vancouver last weekend.

Ford made the comment to reporters at city hall Wednesday, saying that he finds the fact that he and former staffer David Price were ticketed for such a mundane offence "perplexing."

"There was 15 people with me and this person picked me out and she said 'You are Rob Ford come with me' and Dave and I went over there and we both got a jaywalking ticket for $109," he said. "Look, I have jaywalked, so maybe I have broken the law a lot of times but everybody jaywalks."

Ford and Price were crossing a road linking Burnaby and Coquitlam late on Friday night when an RCMP officer stopped them.

It is not known where Ford and Price were coming from or headed but photos and video that circulated online the day after the incident showed Ford on the dance floor of a Coquitlam bar.

For his part, Ford previously told the Toronto Sun that he was just going for Chinese food and was not drinking on the night in question.

Though Ford told reporters that he holds no grudge against the RCMP, his councillor brother Doug told CP24 that he believes Ford was unfairly targeted because of his notoriety in an interview earlier in the day.

"I feel he was targeted and if his name was John Smith he wouldn’t have ended up getting that ticket. He got that ticket because his name was Rob Ford," he said. "The police officer had to call her supervisor for a jaywalking ticket and they waited 20 minutes for her supervisor to come. You got to be kidding me."

Ford was in Vancouver attending the funeral of Price's mother.