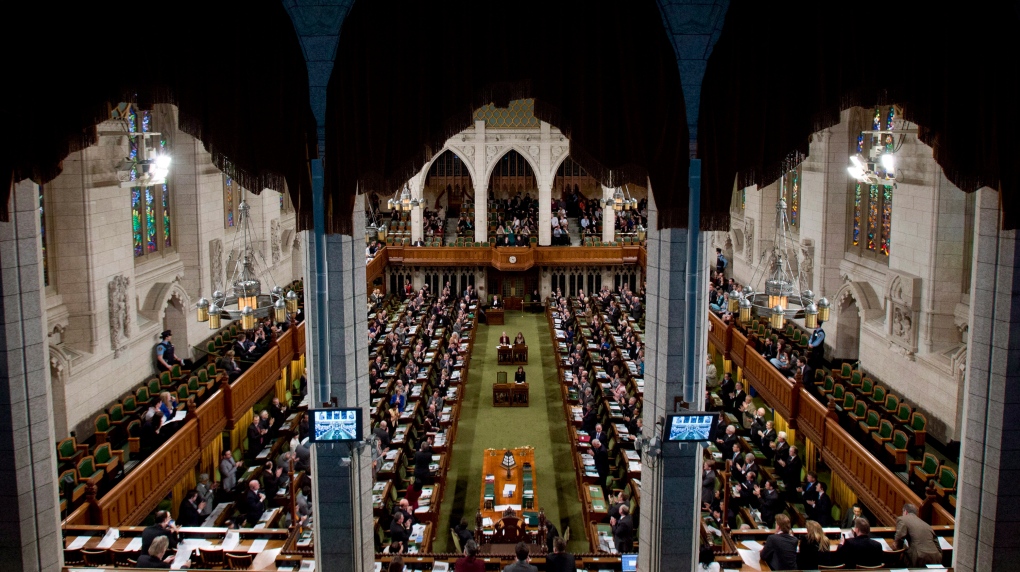 The chamber of the House of Commons is seen during Question Period Wednesday, March 27, 2013 in Ottawa. (The Canadian Press/Patrick Doyle)

OTTAWA -- Student and library associations are voicing their support for a section of the Copyright Act that allows materials to be used for educational purposes without infringing copyright.

The Canadian Alliance of Student Associations told a House of Commons committee Tuesday that restrictions on the scope of that exception will hurt students and educators, especially if it leads to higher costs.

Such costs are most commonly found in tariffs from copyright agreements.

"Students, either directly through an ancillary fee or indirectly out of operations budgets pay these tariffs," said Michael McDonald, executive director of the organization. "It is a cost they are expected to bear and one we do not believe is adequately considered."

The law is currently being reviewed by the Commons committee on industry, science and technology and is mandated to undergo such a review every five years. The Act was last amended in 2012 under Stephen Harper's Conservative government, which expanded the scope of "fair dealing" to education, satire and parody.

Under current legislation, short excerpts of work -- typically 10 per cent of the text -- can be reproduced without infringing copyright. That means a teacher in a classroom, for example, can photocopy several pages or a chapter from a written work for their students. The education exception also means students are able to reference typically copyrighted material in their course work.

The alliance says increased tuition costs for students and limited resources available to teachers would have a chilling effect on education, preventing them from receiving instruction from diverse sources.

Groups supporting publishers and authors are opposed to the law as it stands, because they believe that the fair dealing exception allows their work to be distributed without full compensation. The Union des ecrivaines et des ecrivains Quebecois -- a group comprising more than 1,000 writers -- told the committee that the "loose wording" of the act means creators are becoming "an endangered species" stripped of their income.

For Laurent Dubois, general manager of the union, the law is also a matter of principle.

McDonald, for his part, does not dispute the idea that creators deserve proper compensation for their work.

"This isn't even a question, and it's not something we are challenging," he said.

University of Ottawa law professor and intellectual property expert Michael Geist said that calls to restrict the fair dealing exception due to lack of compensation are mostly "unfounded."

Geist cited Statistics Canada data released last month which showed that while operating revenue for the Canadian book publishing industry dropped 0.6 per cent in 2016 compared to 2014, it still yielded an operating profit margin of 10.2 per cent.

Students, he said, will bear the brunt of any changes as a result of the review.

"If the committee were to establish new kinds of restrictions on the use of fair dealing, I think the impact would be enormous."

Copyright issues related to music, radio, television and film will also be examined by the committee.

The review process for the act is expected to conclude by early 2019.