TORONTO -- As the snow fell on Wednesday evening, about 200 people gathered on a small street in Brampton to honour and mourn two young boys who were found dead inside their family home last week.

Friends, classmates and neighbours of 12-year-old Jonathan and nine-year-old Nicolas Bastidas huddled together in the cold and sang “Amazing Grace,” remembering a time when the kids roamed the hallways giving out hugs and playing at recess.

“Jonathan, you were always so goofy,” said area-resident Eve, who was reading from a poem written by one of the slain brothers; classmates, to the crowd that had gathered. “He always had a smile. That smile will be missed.”

“The last time I saw you guys was on Tuesday Nov. 5. I never knew that would be the last time.”

The lone tree in front of the Hiberton Crescent residence was the base of a makeshift memorial, where members of the community left candles, flowers and stuffed animals.

Notes written by neighbours and classmates that read “rest in peace little ones” and “you are God’s angels” were placed beside photographs of the brothers. 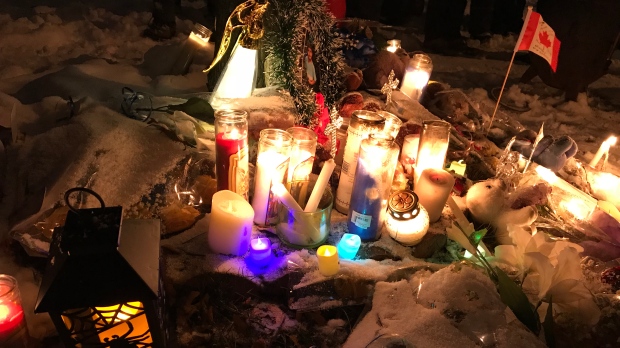 The brothers were found by emergency crews on Nov. 6 shortly before 11 p.m. after officers received a medical assistance call from inside the home.

Investigators found no obvious signs of trauma, police said, and the boys were pronounced dead at the scene. The cause of death has not yet been released by officials.

The boys’ father, Edwin Bastidas, has since been charged in connection with their deaths. He is facing two counts of first-degree murder. 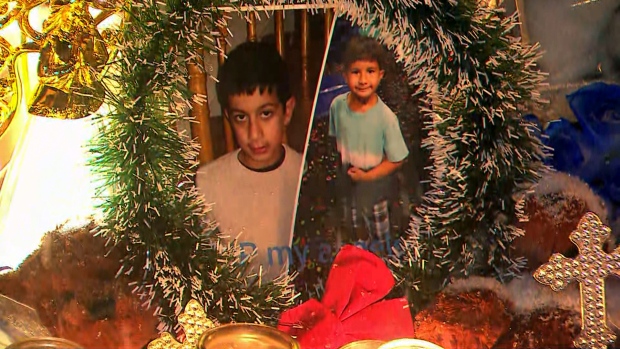 Speaking to reporters at the vigil, Michael Grunwald, who has known the family for over a decade, said that the brothers were loving, caring and energetic.

“Every time we were outside at the same time, they would love coming up to see my dog. It’s a very sad situation,” he said.

Grunwald said that the neighbourhood has rallied together since Jonathan and Nicolas’ deaths.

“All our neighbours got a little bit closer. You could tell how big of an impact these boys had on other people’s lives.”

Classmate Magda Strzelczyk said that Jonathan had a “great personality” and liked to make people laugh.

“He was a really good friend. When you saw him walking down the hall you would always give him a hug or a fist bump,” she said. 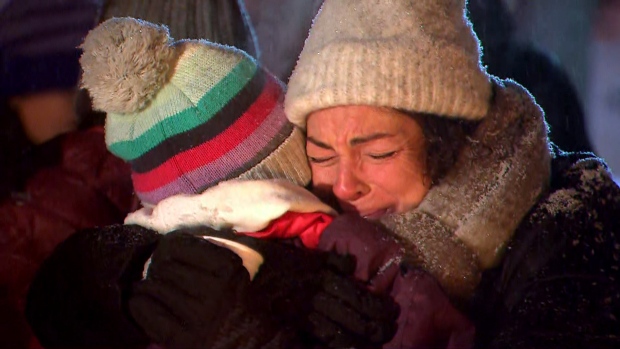 Strzelczyk said that Jonathan and Nicolas were “good brothers” who played with each other.

Megan Rodrigues, who is friends with the family, said that Nicolas was a cute kid with “chubby cheeks.”

A GoFundMe page that was set up in support of the boys’ mother has already raised more than $19,000 as of Wednesday night.