The first-degree murder charges against a 52-year-old father after his sons were found dead inside their Brampton home has shaken and confused friends and neighbours in the area, who say the family seemed happy and ordinary.

A toy car and a bouquet of flowers sat on the lawn just under the yellow police tape that wrapped around the home on Hiberton Crescent, where 12-year-old Jonathan and 9-year-old Nicolas Bastidas were found dead Wednesday night.

Their father Edwin Bastidas was charged Thursday with two counts of first-degree murder, and their mother, who was also arrested, was released without charge.

“The family looked so happy, the boys were so happy,” neighbour Paula Delsol told CTV News Toronto Friday. “I honestly thought he was an excellent dad, I always [saw] the dad with the boys walking, playing with them, I guess you just never know.” 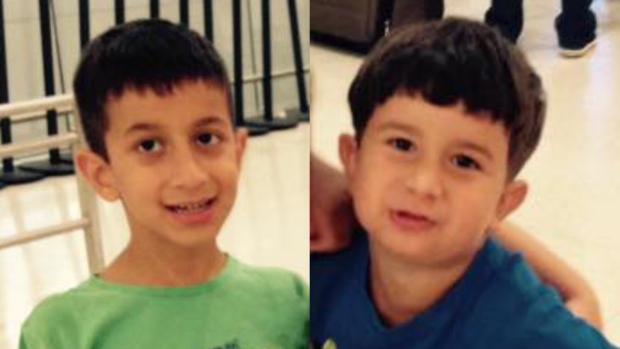 Emergency crews were called to the residence, located in the area of Sandalwood Parkway West and Creditview Road, shortly before 11 p.m. Wednesday for a medical assistance call that came from inside the home.

Upon arrival at the scene, officers said they located the two young boys. They were found with no obvious signs of trauma, according to police, and were pronounced dead at the scene.

“When we attended, we did not find any signs of trauma to the children. It was a little later on that it was determined to be a suspicious death investigation,” Const. Heather Cannon with Peel Regional Police told reporters at the scene Thursday afternoon.

The cause of death for the young boys has not been released by officials. 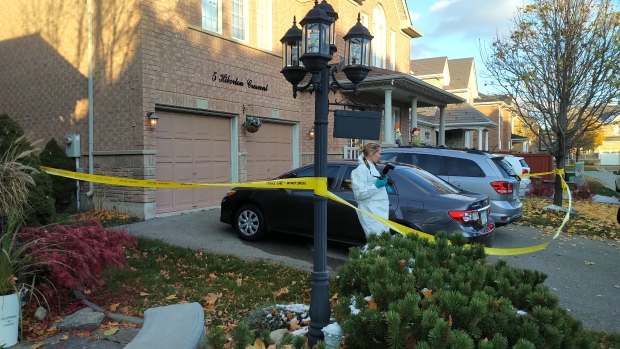 Eve Ashton, a family friend and neighbour, said she saw the mother early in the evening before the distress call and everything seemed fine.

“I just saw her go into an SUV, she was going out somewhere maybe, but she waved like any other day with a big smile on her face,” Ashton told CTV News Toronto Friday.

The next time she saw her friend, Ashton said, was when she left the home with police.

Another neighbour, who saw the parents arrested by police, said Friday that he watched in disbelief.

“I believe it was the dad that came out first, he was just very straight, like there was no emotion or anything,” Arron, who only gave his first name to CTV News Toronto, said. “The mom when she came out, she looked over to us, she was in tears.” 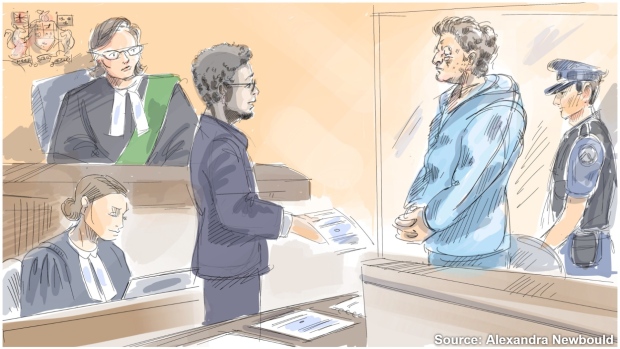 Police said they are not looking for any additional suspects, and while they were able to confirm that the 911 call was made from inside the home, they were not able to speak to who reached out to officials.

A woman who said she babysat the brothers throughout their childhood said that learning of their deaths was “heartbreaking and unimaginable.”

“I took care of Jonathan and Nicolas from the time Nicolas was 11 months old and Jonathan was two,” the woman, who wished to only be identified as Laurie, said on Thursday afternoon.

The Dufferin-Peel Catholic District School Board (DPCDSB) released a statement confirming the boys were students at St. Bonaventure Catholic Elementary School in Brampton.

“Prayers have been offered for the two students, their families and friends as well as the entire St. Bonaventure community,” the statement said. “The flag at the school has also been lowered to half-staff in memory of the two students.” 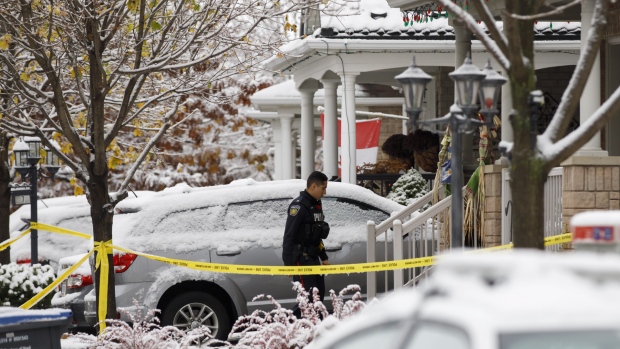 Officers are appealing to anyone with further information regarding the investigation to come forward.