Preventing a second wave of COVID-19? There might be an app for that

TORONTO -- As people prepare to return to a less isolated life, the next tool in the fight against COVID-19 may already be in their pockets.

Tracking the interactions of people who've tested positive for COVID-19 is an arduous task, given the number of people currently infected. But the information it provides as to how the virus is spread is invaluable to health officials.

"Contact tracing is one of the most important tools that we have for being able to contain and manage infectious disease," Colin Furness, of University of Toronto's Institute of Health, Policy and Management, told CTV News Toronto on Monday.

But that tool becomes more difficult as the disease spreads.

"It's very effective when disease is spreading at a slow rate, when it starts to spread very quickly and then all of a sudden you have thousands and then tens of thousands of people, of course you can't do it,”Furness said.

So now, governments and health authorities are turning to technology to keep tabs on who is interacting with who.

In Australia, the government has launched an app called "COVID Safe". The app uses Bluetooth technology to alert people if they've been in close contact with someone who has tested positive for the novel coronavirus.

Australians must voluntarily download the app and agree to provide basic information like their age and phone number. Users must also update their status on the app if they test positive, in order for it to warn others. It's one of a number of new phone-based apps being used to assist in contact tracing.

The Australian government says the data will only be accessible to health authorities, and even a police warrant won't allow access. Unlike countries like Israel, and South Korea, the users locations are not tracked. But even so, there are concerns about privacy.

"You want an app that enables you to determine who you've been exposed to who may have been COVID-19 positive, but not reveal their identity, your identity, or geo-location data," Ann Cavoukian told CTV News Toronto. The former Privacy Commissioner of Ontario, and current Distinguished Expert-in-Residence, at Ryerson's Privacy by Design Centre of Excellence, says she has concerns about how the apps will handle people's personal information. 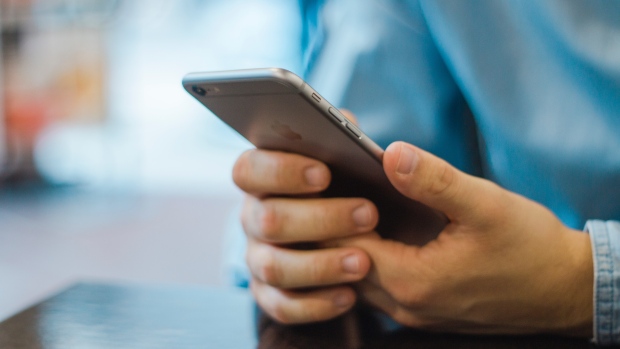 "I always tell people, beware of the unintended consequences of the personal information that you reveal for one purpose, that might be repurposed, used for another purpose and come back to bite you,” Cavoukian said.

Furness agrees, that personal data must be protected, if people are going to utilize contact tracing apps.

"I think what's really important is that it's transparent. That we understand who's getting the data, what they're doing with it, and from a legislation standpoint where does that fit and how long is this going to go on for," Furness said.

Recently, Apple and Google announced a partnership to develop the framework for apps that can be used by health units and governments for tracing purposes, a framework Cavoukian wholly supports.

"I'm telling you it is 100 per cent privacy protected, nothing is going to be revealed in terms of personal identifiers, geo-location data, nothing. But then the trick is ensuring that all of that is preserved in the actual app developed by the public health authorities," Cavoukian said.

Furness said regardless of the app, the way in which information is delivered to people must be carefully managed.

"Imagine going about your life, minding your own business and all of a sudden you get a notification saying ‘You've been exposed.’ That could actually create a lot of panic so if we're going to do this we also need access to rapid testing so people can say, ‘Ok, I know what to do.’"

Furness said he believes people should be willing to cede some level of privacy in order to stop or slow the spread of COVID-19.

"These are not normal times, and privacy is a privilege to have during normal times. So my own view is as long as we can put our legislative wrapper around it so we can really understand what the limits are and what the purpose is, that actually I think sacrificing some privacy in order to have a better sense of virus spread is actually a great trade-off, temporarily."

But Cavoukian disagrees, saying privacy is not a privilege.

“Privacy forms the foundation of our freedom. If you value free and democratic societies, you must have a foundation of privacy."

In Canada, government officials in Alberta say they're in the final stages of testing such an app. And health officials in other jurisdictions are studying the effectiveness of contact tracing apps, in the hopes that mobile phone technology may be able to help monitor and mitigate a second wave of COVID-19.

“We hamper ourselves if we don't take every opportunity to learn as we're coping with this and to me participating and helping with that kind of data driven discovery is part of us learning what we're dealing with," Furness said.