TORONTO -- Ontario's Progressive Conservative government has officially launched a commission of inquiry into how COVID-19 was able to grip the province's long-term care homes leading to more than 1,800 resident deaths during the pandemic.

Premier Doug Ford said the commission, which will be led by Associate Chief Justice Frank Marrocco, will investigate how COVID-19 spread within long-term care, the impact on those who live and work in long-term care, and the adequacy of the measures taken by the province to prevent, isolate and contain the virus.

"I want to get down to the bottom of this," Ford said. "I need answers, I want answers"

Ford said the commission -- which he stressed will be free from government influence -- will also have the power to compel people "including myself and any minister" to testify and produce evidence, to issue summons to appear and to hold public hearings.

Ford suggested his government is willing to implement the recommendations presented by the commission when it delivers the final report before April 30, 2021.

"If they do put recommendations, we'll take them up on that," Ford said.

While the commissioners have wide latitude to investigate the state of the long-term care before and during the pandemic, the commission is prevented from making any conclusions on criminality, according to the terms of reference.

"The Commissioners shall conduct the investigation and make the report without expressing any conclusion or recommendation regarding the civil or criminal responsibility of any person or organization," the document read.

The government said there is a process that leads to criminal charges and said if criminal acts are unearthed during the inquiry the province would be willing to call in the OPP.

"If they find there is neglect, then they should be charged as simple as that," Ford said during a news conference.

Lisa Levin, CEO of the senior advocacy group AdvantAge Ontario, said the aim of the inquiry shouldn't be a "witch hunt" but rather a vehicle to answer key questions about what led to more than 1,800 deaths in the province's 630 long-term care homes.

"We want to make sure that something like this doesn't happen again. I want to see change," Levin told CTVNews Toronto. 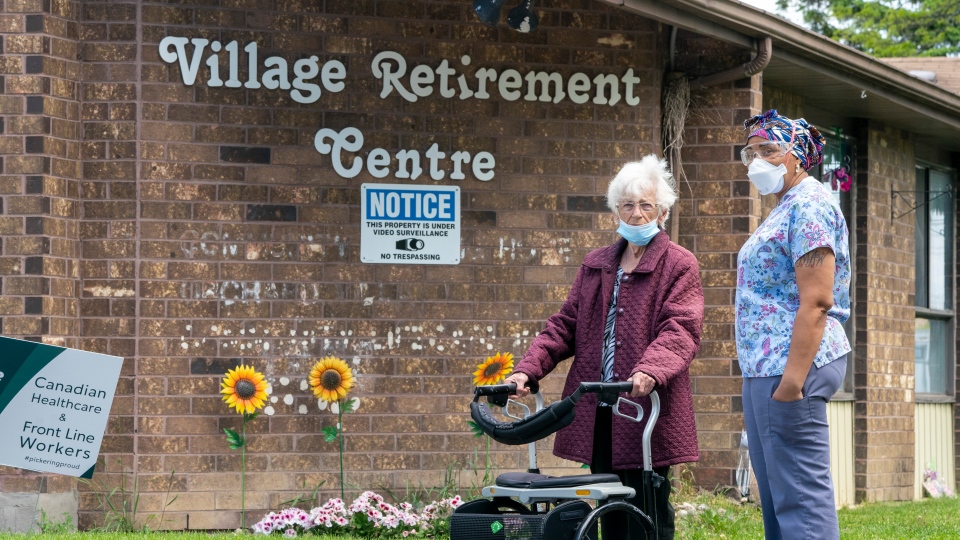 Levin also said the commission shouldn't focus on past issues with the long-term care sector because of the Wettlaufer inquiry, which examined the systemic issues and delivered a report in 2019, highlighted many of the staffing issues that ultimately led to the crisis during the pandemic.

Levin said the commission's investigation should focus on the lack of adequate levels of personal protective equipment, staffing, the government's response to the crisis and why homes weren't able to manage outbreaks.

"We also want them to look at homes where things went really well. A lot of non-profit homes and municipal homes did very well in the first outbreak," Levin said.

To lead the commission, Ford tapped tapped a high-profile judge who worked for the Ontario government during the Walkerton inquiry.

Marrocco will be joined by Angela Coke, a former senior executive with the Ontario Public Service, and Dr. Jack Kitts, the long-serving former CEO of the Ottawa hospital.

The commission, which was originally slated to begin in September, was fast-tracked by the government in the wake of a Canadian Armed Forces report that detailed patients and resident neglect and abuse as a result of under staffing at several long-term care homes.