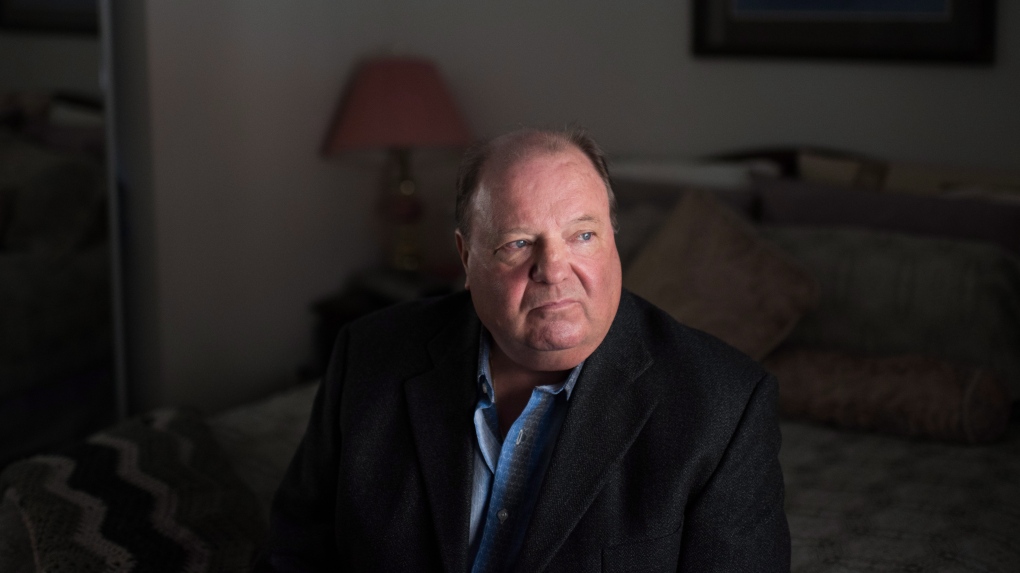 Rick Brown sits for a portrait in his room in Kitchener Ont. on Thursday, Feb.8, 2018. In October 1963, a judge ordered Brown to Brookside, the reform school in Cobourg. The only paper record he still has of his stay there is the Bible they gave him that first day of his year in hell, as he puts it. THE CANADIAN PRESS/Hannah Yoon

TORONTO -- Police are taking a preliminary look at what might have become of a boy at one of Ontario's notorious training schools amid questions from a survivor who believes a supervisor might have beaten his friend to death decades ago.

In a brief interview, acting Det. Sgt. John Linney with police in Cobourg, Ont., confirmed the initial investigation into the fate of James Forbes.

"It's in the infancy," Linney said this week. "The first thing we have to figure out is if he's still alive or not."

In February, The Canadian Press related a harrowing account from Rick Brown, 65, of Kitchener, Ont., who was at the Brookside Training School in Cobourg decades ago. Brown related how the boys at the school were drifting off to sleep in a darkened dormitory one evening in 1963 when a supervisor came in, turned on the lights and walked over to James' bunk bed and ordered him to get up.

According to Brown, who was 10 years old at the time, a terrified James refused.

"I remember seeing the blankets shaking," Brown said of his young friend. "He was shaking."

The supervisor, Brown said, then pulled the boy from bed and "beat the daylights" out of him. Brown, who said the cracking sounds of that beating still haunt him, said the supervisor scooped up the boy, who was making gurgling sounds, and left after ordering the blood cleaned up.

No one at the school saw James again, Brown said.

Ontario's reform schools for boys and girls aged eight to 16 -- essentially prisons for kids -- operated between 1931 until they were shut down in 1984. Many of those sent there were beggars, runaways, truants, or simply deemed "incorrigible."

Last December, a survivor of another training school launched a proposed class action against the province seeking $600 million on behalf of everyone sent to 12 of the provincial facilities. The unproven lawsuit alleges the schools were cesspools of sexual, physical and psychological abuse perpetrated by unsupervised and unqualified staff on helpless kids.

A hearing will take place in Thunder Bay, Ont., next month on whether to certify the lawsuit as a class action.

"As you can well imagine, that will complicate the investigation," Linney said.

Additionally, the officer warned that trying to find out what happened to James would be complicated by the passage of 55 years, and it was unclear whether the small Cobourg police force had the resources to pursue a probe.

While Brown's initial account in February generated reaction from other survivors of training schools, no one was able to say what happened to James. Coroner's records don't go back that far, so any clues as to his fate would likely lie in the now defunct school records.

Regardless, Brown said he was thrilled at the prospect someone might actually be trying to find out what happened to his friend for whom he said he wanted only justice.

"It is great news," he said. "Finally, someone is listening at the police department. Let's see how this unfolds."