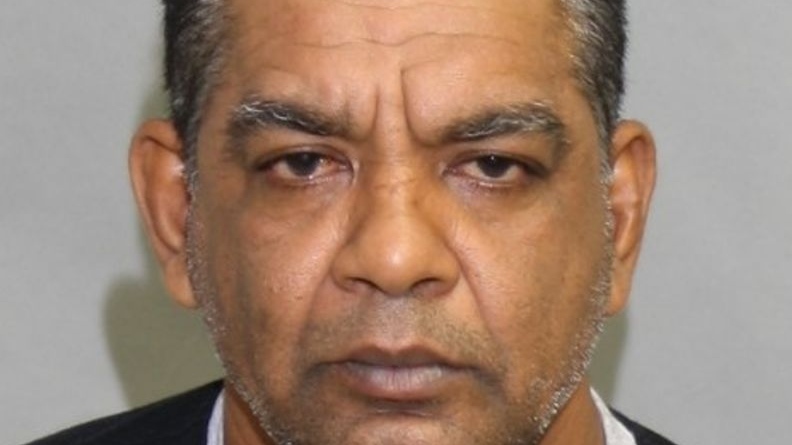 Harry Rajkumar, 46, of Toronto, is shown in this handout photo. (Toronto Police Service)

Police say 46-year-old man wanted in connection with a violent attack on a 16-year-old girl and her mother inside a Scarborough apartment on Friday evening is now sought for attempted murder.

The incident happened inside a sixth floor apartment at a building near Danforth and McCowan roads at around 6 p.m.

The teenage girl was taken to The Hospital for Sick Children in life-threatening condition after suffering multiple stab wounds.

Her 37-year-old mother was taken to a local hospital after being struck in the head several times, though police told CP24 on Saturday morning that she has since been released.

Det. Jason Hillier said the teenage girl is in stable condition in the ICU at Sick Kids. Hillier said she suffered “significant stab and slash wounds to her neck, face and shoulders.”

While the circumstances surrounding the incident remain unclear, police have said that the suspect “violently attacked” both victims before immediately fleeing the scene.

Hillier said the weapon used in the assaults has not yet been recovered. Forensic Identification Unit officers were still at the apartment on Saturday evening.

Harry Rajkumar, 46, of Toronto, is now wanted for one count of attempted murder, two counts of assault with a weapon, two counts of aggravated assault and failure to comply.

Police said the addition of a charge of attempted murder was made based on witness statements and other evidence gleaned between Friday night and Saturday evening.

Hillier said at the time the incident occurred, Rajkumar was not supposed to be at that apartment per the terms of a recent judicial release.

Rajkumar is described as five-foot-eleven and 160 lbs. He was last seen wearing a red shirt with a white zip-up jacket and is believed to be driving a grey 2009 Toyota Tundra pick-up truck with Ontario License Plate AJ 21674.

“He has relationships across the GTA so he could be anywhere,” Hillier said.

Police say that he should be considered “armed and dangerous.”

Hillier said Rajkumar should talk to a lawyer and turn himself in.