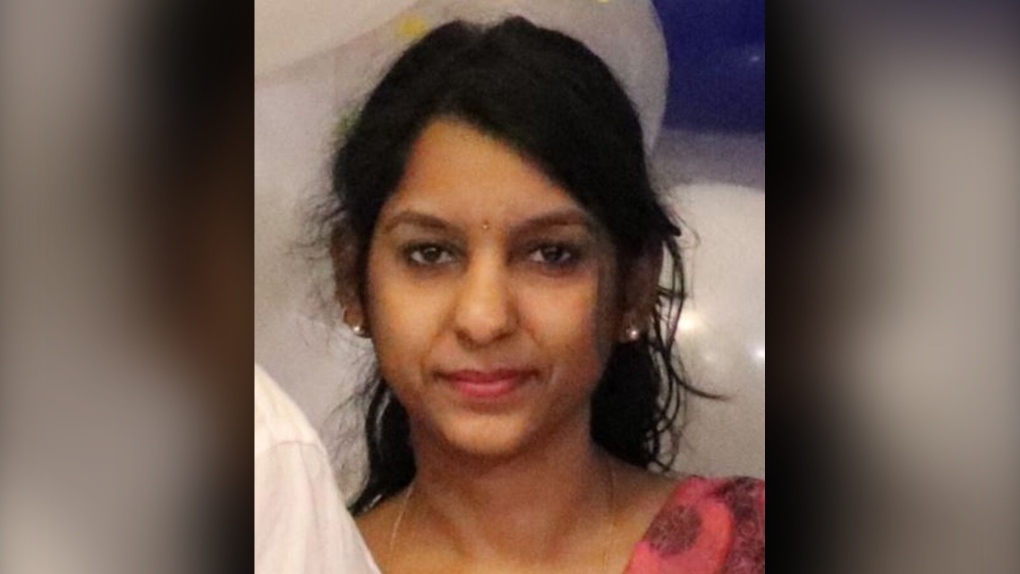 Toronto police have identified the 38-year-old woman who was fatally shot in Scarborough Friday.

Emergency crews were called to the area of Brimley and Pitfield roads, south of Sheppard Avenue East, just before 10 a.m. for reports of unknown trouble.

Both victims were taken to a trauma centre, where one of them was pronounced dead. The other woman has non-life-threatening injuries.

Police have identified the victim as Theepa Seevaratnam, of Toronto. Following an autopsy on Saturday, the cause of death was determined to be a gunshot wound to the chest.

The suspect has been described as a black male, about five-foot-eight to six-feet tall, with a medium build and short hair. He was wearing light-coloured pants and a dark jacket.