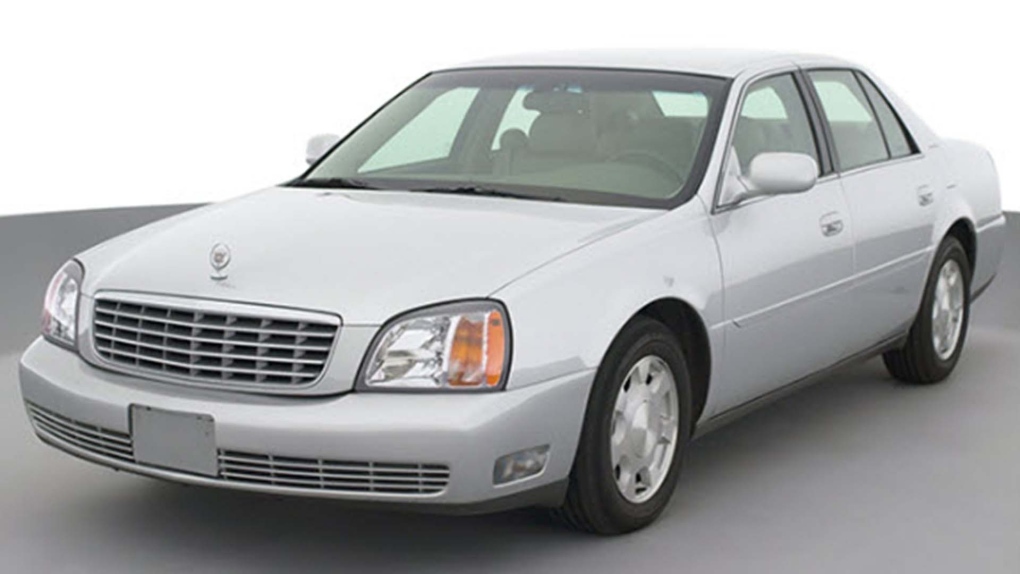 A 2001 Cadillac DeVille is pictured in this handout photo. (Handout /Durham police)

TORONTO -- Police say they have identified the type of vehicle they believe struck and critically injured a 14-year-old boy before fleeing in Oshawa.

On Monday, emergency crews were called to the area of Stevenson Road North and Conlin Road just after 8 p.m. for reports of a collision.

When police arrived, they found a boy laying on the road suffering critical injuries next to an off-road motorcycle.

The boy was subsequently taken to an Oshawa hospital in life-threatening condition but then had to be airlifted to a trauma centre in Toronto where he remains in a critical condition.

Investigators said the boy was struck from behind by a vehicle that then fled the scene. The car was last seen driving southbound on Stevenson Road towards Taunton Road.

The injured teen was not licenced to be operating the off-road motorcycle, police said on Tuesday.

Witnesses reported hearing a loud bang and observed what appeared to be a light-coloured sedan with front-end damage fleeing the scene.

On Wednesday, police said evidence at the collision scene leads them to believe the vehicle involved is a 2001 Cadillac DeVille.

Investigators are urging the suspect to find a lawyer and surrender to police.