TORONTO -- One person who was barricaded inside a home in Oakville, Ont. was taken into custody Friday evening, ending a nearly 10-hour long standoff.

Residents of a neighbourhood in Oakville, near Lakeshore Road West and Fourth Line, were told to immediately shelter in their basement due to an ongoing active situation just after 2 p.m. on Friday.

Police said they received a call for possible gunshots just before 1:20 p.m. They later added that the situation, which involved at least two barricaded people, was currently contained to a residence on Lakeshore Road West.

The person who is still inside the home is talking with crisis negotiators, Halton Police Const. Ryan Anderson told reporters near the scene Friday afternoon. 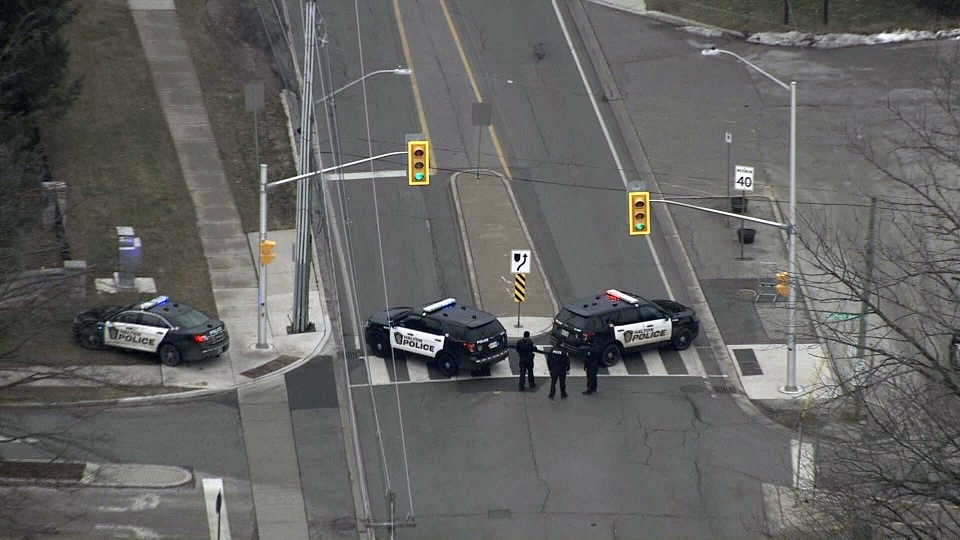 "I can confirm that they (crisis negotiators) have been in contact with the person who is in the home," Anderson said. "Everybody is doing all they can to ensure this comes to a peaceful resolution for everybody involved. At this point we don’t have any indication that anybody has been injured and it is our hope that that continues to be the case."

Just before 9 p.m., Anderson provided an update to reporters about the ongoing situation, saying one individual remains in the home and officers are continuing to work towards a peaceful resolution.

“Our goal is just to get everyone out safely.”

Anderson added investigators have “reason to believe there may have been gas released in the home so utilities have been cut off to the home, utilities that would have affected nine homes in the area.”

Just after 10:30 p.m., Halton police posted to Twitter that the situation has been resolved and the person inside the home has been arrested.

“We know it has been a long and stressful day for area neighbours, and we can’t thank you enough for your support and patience,” police tweeted.

Nearby Appleby College was in a hold and secure on Friday and road closures in the area remain in effect into the evening.