Photos of suspects released after shooting outside St. Catharines nightclub 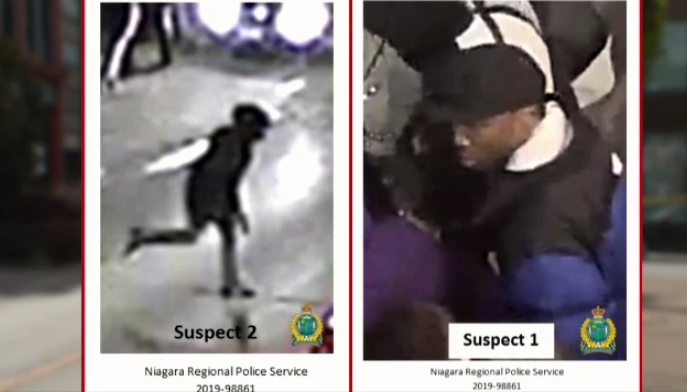 Police released images of two suspects after a shooting in St. Catharines, Ont. on Sunday, Sept. 29, 2019.

ST. CATHARINES, Ont. – Police in southwestern Ontario have released images of two suspects after six people were injured in a shooting outside a nightclub over the weekend.

Niagara Regional Police responded to the shooting at 2:30 a.m. Sunday outside a club on a busy downtown street in St. Catharines, Ont.

They say all six victims are expected to survive their injuries.

On Monday, police posted images of two people they believe were the shooters.

Police say hundreds of bystanders were in the vicinity of the incident and they're asking for witnesses to come forward.

Officers searched for the suspects throughout Sunday and Monday, including by using a drone to search the downtown area's rooftops.