TORONTO -- Ontario is pledging a massive expansion of COVID-19 testing in the next few weeks – targeting virtually any identifiable group thought to be at high risk of infection – but there is still no plan to screen widely for who may have had the virus without knowing.

Last week, the province announced it would start allowing coronavirus tests for anyone who feared they may have been exposed to an infected person or anyone who thought they may be infected but were not showing symptoms.

On Friday, ministers and senior health bureaucrats announced a plan already underway which would see numerous other high-risk groups and new sectors of the slowly reopening private sector undergo tests.

Health Minister Christine Elliott said Ontario is in the “post-peak phase of our fight.”

“Today our strategy builds on this new foundation – with expanded surveillance for vulnerable populations who are not showing symptoms.”

She said some testing capacity would still be held “in reserve” for new outbreaks in long-term care homes or other “hotspots.”

This week, Toronto first responders and LCBO employees were ordered to undergo testing, along with staff at certain adult correctional facilities, hospital staff and workers at various congregate residential settings.

Next week, they will be joined by “pop-up” testing centres in neighbourhoods hard hit by the virus. In Windsor-Essex, the local public health unit dispatched paramedics to take samples in common places such as parking lots.

In Scarborough, three pop up sites are planned to be ready by next week.

“We’re getting mobile testing teams up and running – these mobile teams will be rapidly deployed to any hotspots in Ontario – to deal with outbreaks,” Premier Doug Ford said. 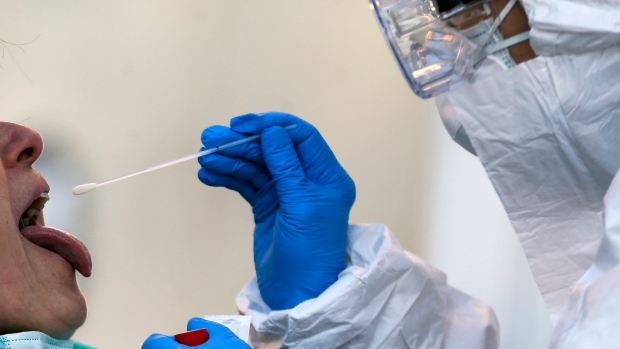 Going forward, the province plans to expand testing to a variety of different workplaces and settings, in what officials call the “monitoring and screening” stage of Ontario’s COVID-19 response.

The testing could include a myriad of workplaces such as large manufacturers, essential workplaces such as construction or agriculture, hospital in-patients awaiting surgery or other forms of treatment, all other forms of congregate residential settings not targeted previously, First Nations communities, and the close contacts of high-risk people such as healthcare workers or first responders.

The tests located 344 infected persons, representing a positivity rate of 1.85 per cent.

Officials did not immediately explain if Ontario’s total daily testing capacity would continue to increase to accommodate the widened testing criteria announced on Friday.

While there has been talk across Canada of conducting widespread serology screening, to see how many people have the antibodies in their blood to indicate they have recovered from the virus and possess immunity, there remains no detailed plan on when such a screening will begin.

There have been numerous such efforts conducted in the United States, some involving thousands of people.

Officials said Friday that up to 80 per cent of test results are now being delivered to patients within two days – a vast improvement from April when some patients waited weeks for results.

They said Ontario is still third in Confederation for testing per capita, behind Quebec and Alberta. 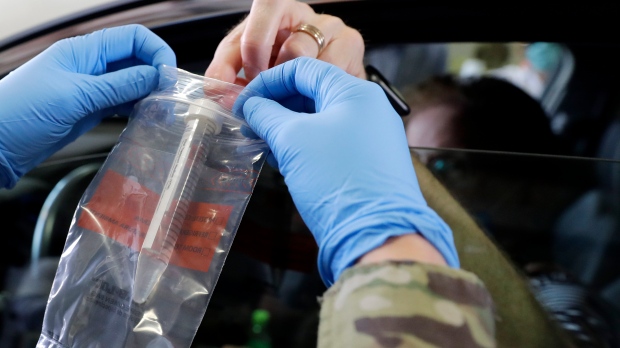 Eighty-nine per cent of case contacts are now being reached within 24 hours – slightly less than the numbers in the low 90s cited by ministers in the past two weeks.

R0 remains above 1 in majority of province

Ontario public health officials have said that the reproductive rate or “R0” of the virus has been on a steady decline in recent weeks, nearing the magic “below one” threshold where infections begin to slow to a halt.

However, on Friday, health officials said that as of May 25, the R0 in central, eastern and the GTA regions remains at one or above.

In western and northern Ontario, it had fallen to 0.8 and 0.9 respectively.

In Toronto, officials said the reproductive rate stood at 1.2 on May 25.

They say intensive care unit occupancy hit 284 on April 8, and had fallen to 100 by Friday.

But there are major regional disparities in occupancy.

Even with a major ramp-up of capacity in hospitals, including new ventilator installations and redeployments of thousands of staff, 61 per cent of critical care beds in the Toronto LHIN region were occupied on Wednesday.

But in northwestern Ontario, it was only 30 per cent. In Windsor-Essex and Chatham, it was 38 per cent.