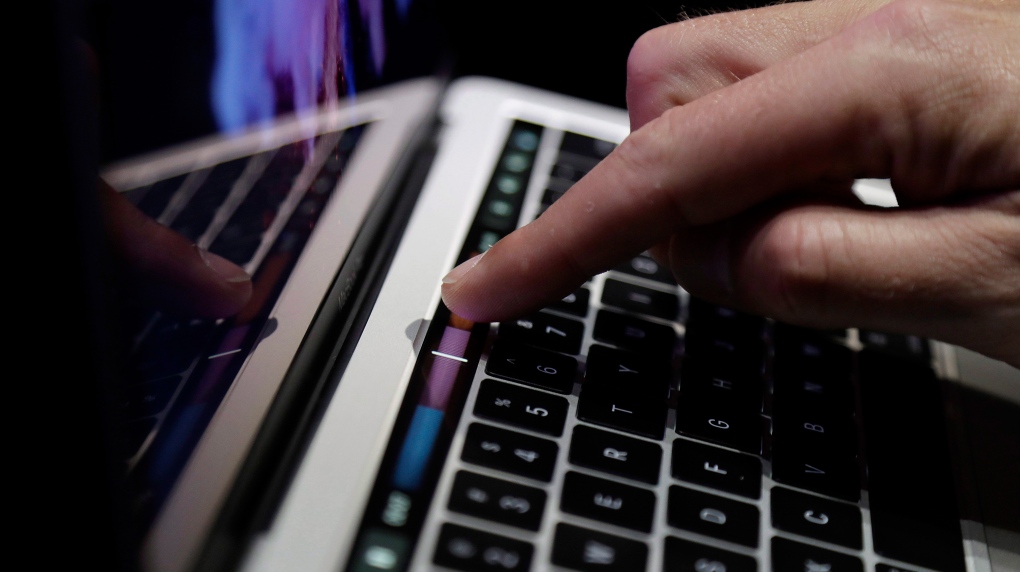 In this Oct. 27, 2016, file photo, a guest looks at the Touch Bar on a MacBook computer in Cupertino, Calif. (AP Photo/Marcio Jose Sanchez, File)

TORONTO - Five Ontario residents have been charged in connection with a “romance-type fraud scam” targeting seniors across the country, police said.

The Toronto Police Service’s financial crimes unit launched an investigation into the scam almost one year ago, December 2018.

In a news release issued on Friday, police alleged that the suspects began online relationships with their victims on social media.

“After a period of time, once trust was established, the victims were persuaded to send money to various bank accounts,” police said. “Losses to victims identified so far in this case amount to approximately $250,000.”

Investigators were able to identify a number of suspects that opened and controlled the bank accounts set up to receive the funds from the scam.

“The bank accounts were a mix of legitimate and fraudulent accounts that were opened with counterfeit identification,” investigators said.

Police said the money was accessed from some of the bank accounts under the names “George Bature,” “Foday Amoz” and “Jonathan Faith.”

In September of this year, officers took five people into custody in connection with the investigation.

Charges have been laid against Toronto-residents Oluwaseun Oladokun, 35, Olanrewaju Fagbemi, 36, and Martins Tabat, 33, as well as Kaitlin Ainsworth, 24, of London.

Police allege that Toje was in possession of fraudulent government identities under the following names:

Investigators are asking anyone who believes they were a victim of a fraud scam to contact the financial crimes unit.