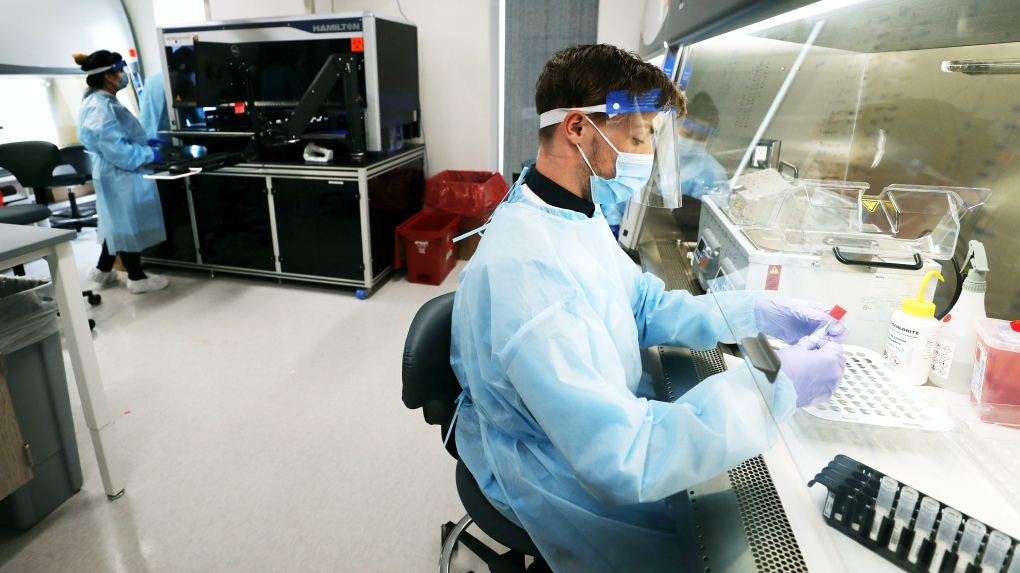 Ontario is reporting a dip in the number of new COVID-19 cases for the fourth straight day. (The Canadian Press)

TORONTO -- Ontario is reporting a dip in the number of new COVID-19 cases for the fourth straight day.

Following a spike of 195 new cases being reported last Friday, Ontario saw 138 patients confirmed on Saturday, 137 on Sunday and 119 on Monday.

Ontario also reported four additional COVID-19-related deaths, bringing the total number of fatalities to 2,768. The number of resolved cases also jumped by 106 and now account for nearly 89 per cent of all infections.

There are 96 patients in Ontario hospitals with COVID-19. Of those 96 patients, 31 are being treated in an intensive care unit, 18 of which are breathing with the assistance of a ventilator.

More than 68 per cent of Tuesday's new cases are in people under the age of 40.

Today, Ontario is reporting 111 cases of #COVID19, a 0.3% increase. Locally, 27 of the 34 PHUs are reporting 5 or fewer cases, with 16 of them reporting no new cases. Ottawa is reporting 25 cases with 22 more cases in Windsor-Essex. There are only 6 new cases reported in Toronto.

Twenty-seven of the 34 public health units reported five or fewer cases of COVID-19 in the latest report. Ottawa reported to most new COVID-19 cases on Tuesday with 25 new infections. There were 22 more cases in Windsor-Essex.

Toronto, which will learn on Wednesday along with Windsor-Essex and Peel Region whether it can advance to Stage 3, only reported six new cases.

Over the past 10 days, the province has seen the daily case count range between 103 and 203.

Ontario health officials have conducted more than two million tests for the disease since the pandemic was declared.

More than 12,919 tests are still under investigation.