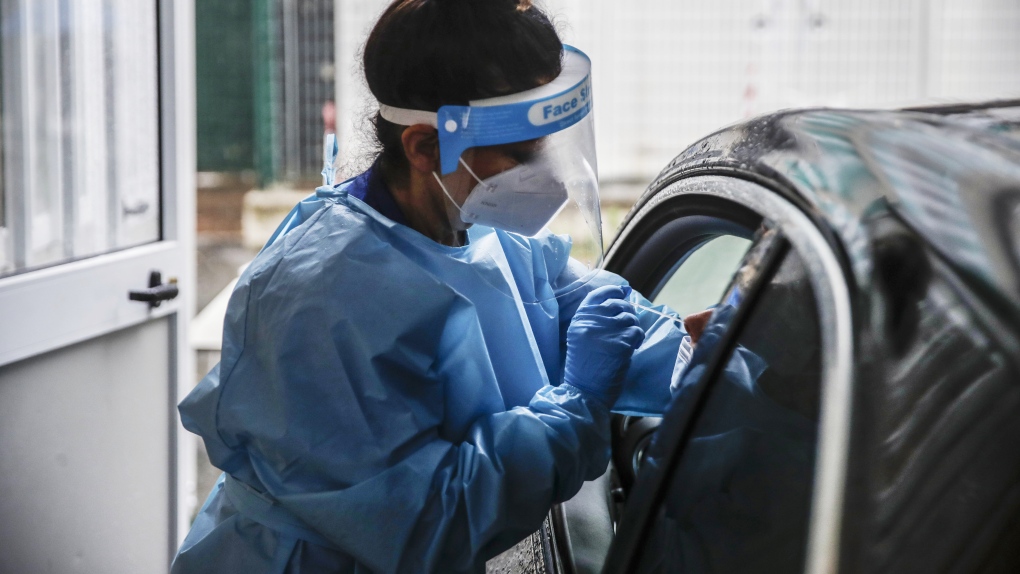 TORONTO -- Ontario is reporting more than 1,900 new COVID-19 cases after a single-day drop over the weekend.

Health officials logged 1,940 cases of the novel coronavirus on Monday, as well as 23 more deaths. The new infections mark a jump from the 1,677 cases reported on Sunday.

The province says that 300 of the cases were in those under the age of 19.

Of the 23 people who died, 11 were residents in long-term care homes.

Seniors continue to be hardest hit by the pandemic, making up more than 2,700 of the nearly 4,000 deaths recorded since March.

As of Monday, there are 150 ongoing outbreaks at Ontario long-term care homes and 84 outbreaks in retirement homes.

There are also 42 outbreaks at hospitals across the province.

According to the government there are 857 people being treated for COVID-19 in Ontario hospitals, although they say data from about 40 hospitals is missing for Dec. 12.

“We anticipate the number of hospitalized patients may increase when reporting compliance increases,” the province said.

Of those patients, at least 244 are being treated in the intensive care unit (ICU), including 149 people who are breathing with the assistance of a ventilator.

The new numbers come as the Ontario government announced they will begin administering the COVID-19 vaccine to the first batch of volunteers on Monday.

The majority of Monday’s new infections can be found in Ontario’s lockdown regions, but other municipalities are also reporting a rise in cases.

According to the province, there were 544 infections in Toronto, 390 in Peel Region,190 in York Region and 114 in Windsor-Essex.

The government says that more than 57,000 COVID-19 tests were processed in the last 24 hours, which it says brings the positivity rate to about 4.6 per cent.

A little more than 32,000 tests are still under investigation.