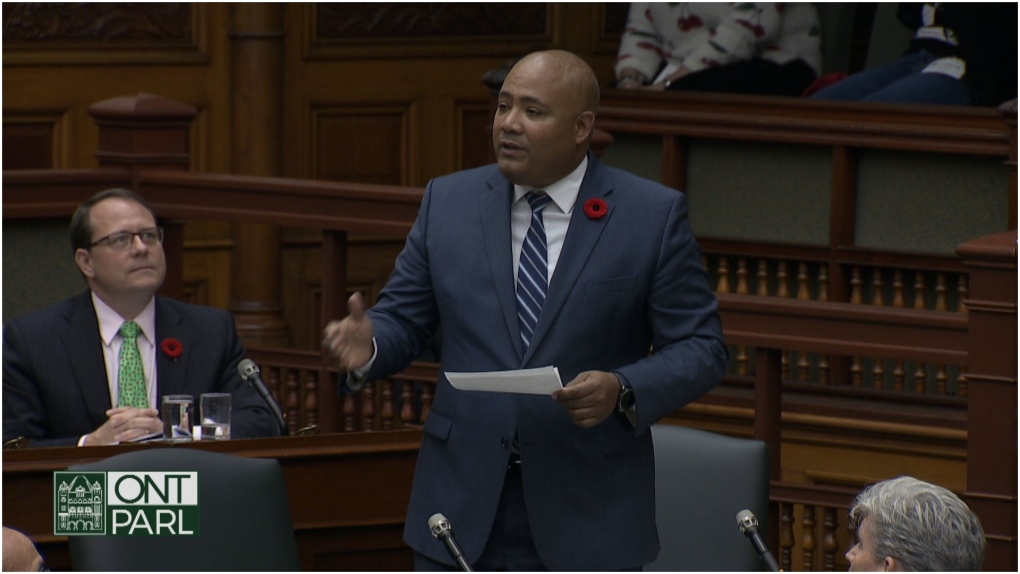 Liberal Michael Coteau put forward the motion in response to Quebec's secularism bill -- Bill 21 -- which is not mentioned by name.

The Quebec law bars government employees such as judges, teachers or police officers from wearing religious symbol at work.

Coteau says it's important the province speak out against any effort to limit religious rights or freedoms.

Members of the Progressive Conservative government voted with members of the opposition in favour of the motion.

During the recent federal election, most party leaders said they would not intervene in any court challenge against the secularism law.

This report by The Canadian Press was first published Nov. 7, 2019.

Today the Ontario Legislature stood together & unanimously supported my motion that reaffirms our support for diversity & our commitment that we would never introduce a law, like Bill 21, that would seek to limit or restrict religious freedoms. #onpoli https://t.co/05NKIBjnXf