TORONTO -- An Ontario father is dead and his devastated wife has been left struggling to walk after their entire family became infected with COVID-19.

Vaughan, Ont. couple Michele and Howard Barmash, along with their daughter and her two children, contracted COVID-19 in February.

Nine days after being diagnosed, Michele and Howard – who are 66 and 69 – were admitted to hospital as they both struggled to breathe.

"My father woke up and couldn't breathe, and we called an ambulance and we rushed him to the hospital," their daughter, Lauren Barmash-Viater, told CTV News Toronto on Monday. "And then I went to wake up my mother in the morning and she was grey."

Barmash-Viater, along with her two young children, live in her parents' home. They were all infected with the super-contagious U.K. variant of COVID-19.

Michele and Howard, who were married nearly 43 years, were originally placed in the same hospital room but within days Howard was transferred to the intensive care unit as his condition worsened.

"I was woken up at two o'clock in the morning, and I saw that there was a whole bunch of doctors, nurses surrounding my husband, he couldn't breathe and he was freaking out," Michele said. "I was so shocked that I couldn't move."

It was only a few days later that Michele was also taken to the intensive care unit as well.

Despite being in separate rooms and both their conditions worsening, Michele said she called Howard multiple times to tell him she loved him. 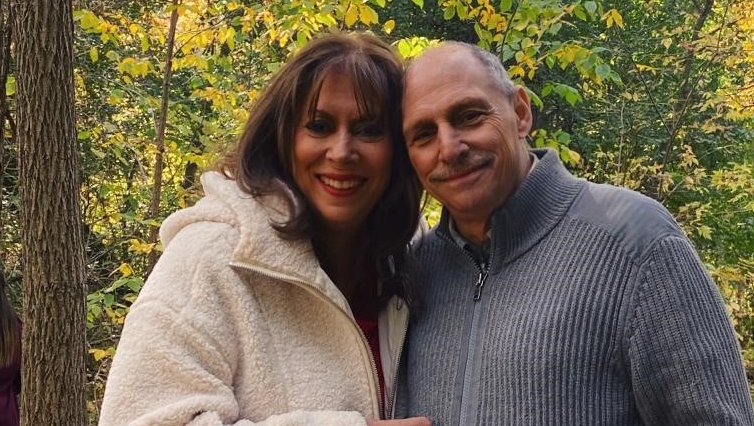 "I was so scared," she said through tears.

On March 18, nearly a month after being admitted to hospital, Howard died.

"He was my heart and soul," Michele, who still struggles to walk and breathe because of complications from COVID-19, said.

Barmash-Viater said her parents were both healthy and didn’t have pre-existing medical conditions. She said that the family does not know where they contracted COVID-19.

"These are two active people in their sixties," she said. "It never, ever should have happened and I am so angry that it did."

Barmash-Viater, who is 40 years old, said that COVID-19 has left her with nerve damage that she thinks will be permanent. Her two children all had mild symptoms.

Michele said while one day she might not need the portable oxygen and walker anymore, she will never fully recover from the death of her husband.

"Honest to god, it's not easy to live without your heart and your soul," Michele said. "How do you?"