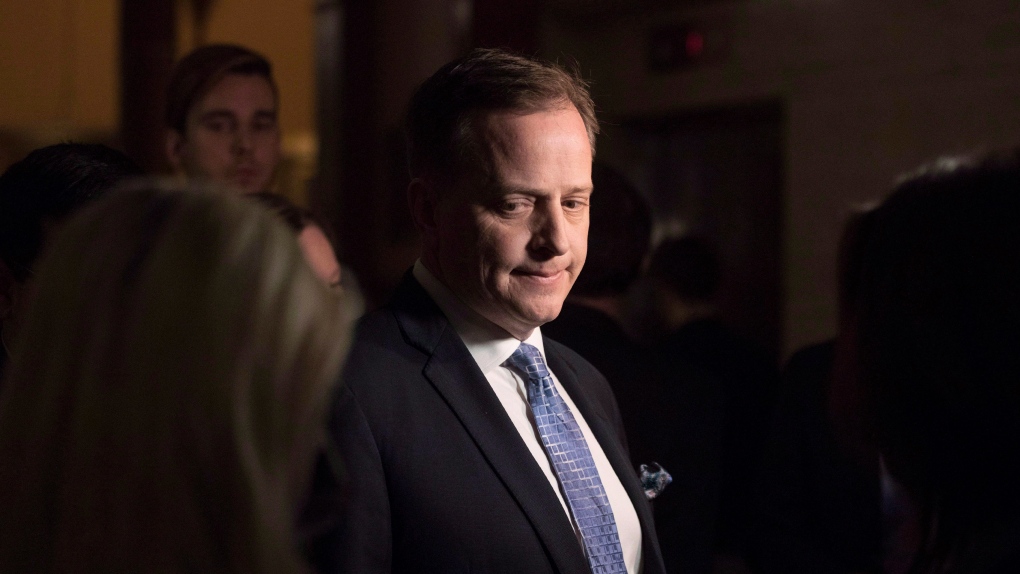 Jeff Yurek speaks with journalists outside the Legislature in Toronto on Thursday, November 22, 2018. THE CANADIAN PRESS/Chris Young

Burke alleges that the minister, government officials, and the companies violated the law for failing to take "reasonable care" to prevent the contamination as the wind farms were installed.

"When the pile driving and construction of the wind turbines started on our shallow aquifer our drinking water slowly turned black and is now unsafe to consume, cook with or even bathe in," she says in court documents. "This issue continues today and we are not the only family affected by this devastation."

Engie Canada and Samsung Renewable Energy did not immediately respond to a request for comment.

A spokesman for Pattern Energy said that company was not aware of the summons. "We are in the process of gathering additional information related to this

A spokesman for Environment Minister Jeff Yurek says it would be inappropriate to comment because the case is before the courts.

Burke's lawyer, Eric Gillespie, says approximately 80 families have been impacted by the contamination, which he alleges occurred when deposits of black shale in the soil were disturbed during construction of the project.

"When you put up very large wind turbines that are 100 metres high, they require very large foundations," he said. "Once they started developing these projects it became clear they were interfering with the drinking water supplies for many of the residents."

"The charge definitely appears to be in the public interest and that would have been the test the court would have applied in deciding to allow it to go ahead," he added.

If any of the parties are found guilty or plead guilty the penalties can include fines up to $100,000 or a period of jail time.

The allegations have not been tested and the first court date in the case will be Aug. 14. in Blenheim, Ont.