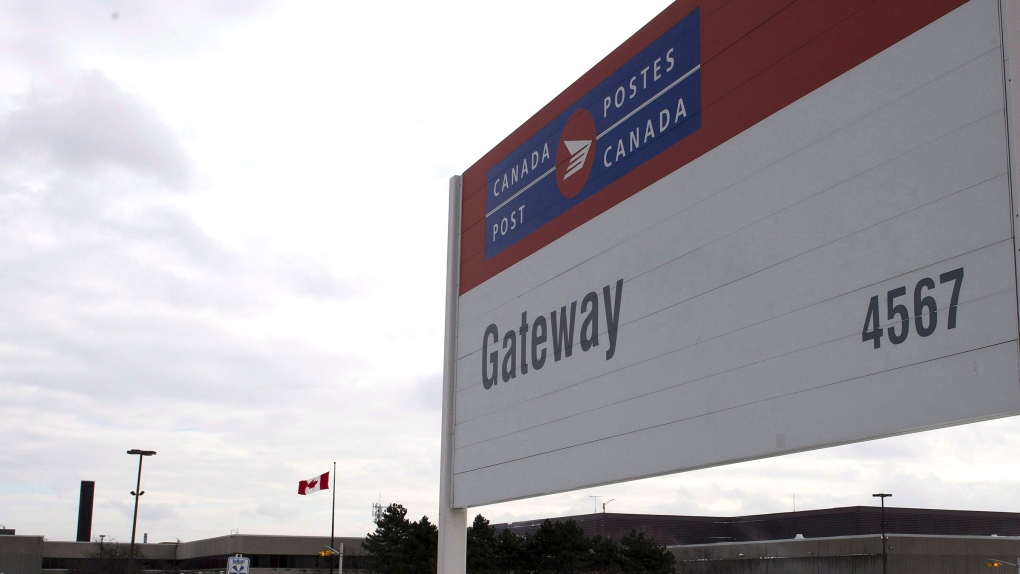 TORONTO -- Amid a massive COVID-19 outbreak at Canada Post’s Mississauga, Ont. facility, on-site mandatory testing for the disease is now being carried out.

Since the first day of this year, 273 positive cases of the novel coronavirus have been confirmed at the Gateway facility, including 23 since Wednesday.

“Peel Public Health has now directed that Canada Post arrange mandatory COVID-19 testing for all employees who work anywhere in the Gateway facility, including those who have already had a test,” a spokesperson for the Crown corporation, Phil Legault, said in an update provided on Saturday.

The on-site mandatory testing began on Friday with Gateway East, Shift 2, Legault said, and will continue on a “larger scale” scale next week.

As well, in addition to health and safety measures already in place, beginning Tuesday, Canada Post said active screening of employees will occur before they enter the Gateway facility.

Amid the outbreak at the 4,500-worker facility, hundreds have been sent home to self-isolate and 100 Canada Border Services Agency guards assigned to inspect packages were told to stay away.

One death has been linked to the outbreak thus far.

On Wednesday, the union representing workers at the facility confirmed that a Canada Post employee infected with COVID-19 had died. The employee worked at Gateway East on Shift 1. He was tested for the disease on Jan. 19, isolated at home after and then died six days later.

Canadian Union of Post Workers Toronto local president Qaiser Maroof told CP24 that the employee who died was not part of the group of workers sent home to self-isolate and sought out testing on his own.

He did not show symptoms prior to his test, Maroof said.

Legault issued a statement confirming the death of a Canada Post worker on Wednesday.

“We offer our deepest sympathies to the family as they mourn the loss and respect their privacy during this difficult time,” he said. “We are focused on supporting our employees who have lost a colleague while ensuring we continue to stringently following the guidance and direction from Peel Public Health.”

Amid the outbreak, Canada Post is advising customers to expect delays with their packages.

The Crown corporation said “Peel Public Health has advised it is safe to continue operating, but volumes remain heavy.”