'Not right now': Ontario premier says no specific criteria for rolling regions back to Stage 2

TORONTO -- Ontario Premier Doug Ford sidestepped a question about rolling regions back to Stage 2 of the province’s reopening plan on Tuesday, responding “not right now” when asked if there was a set of specific criteria in place that would see Stage 3 cities further restricted amid an increase of COVID-19 cases.

The premier made the comments when speaking with reporters following an announcement in Durham, Ont.

“Right now we have to look at every single region,” Ford said. “We really rely on the advice from the healthcare table and they’re doing a good job so far.”

“I don’t think anything spiked too badly.”

Health officials reported an additional 111 COVID-19 cases on Tuesday morning. The new infections come after a spike of 195 new cases were reported last Friday. Since then, the province has seen a steady decline in novel coronavirus patients, with 138 cases confirmed on Saturday, 137 on Sunday and 119 on Monday.

Twenty-two more cases were reported in Windsor-Essex, a region that has been experiencing outbreaks among migrant workers.

The province is expected to announce whether the remaining three regions in Stage 2—Toronto, Peel and Windsor-Essex—can move to Stage 3 on Wednesday. 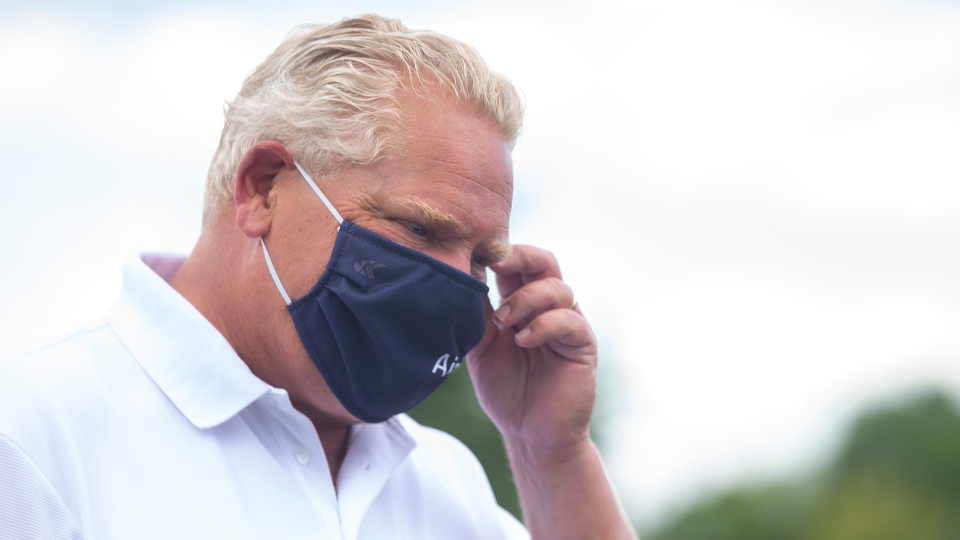 Following the news conference, a spokesperson with the Ministry of Health clarified that public health experts and local medical officers of health are “reviewing trends from the following criteria on an ongoing basis” to determine if a region should be reverted back to Stage 2 or if public health measures in place need to be adjusted.

The criteria includes the following:

No further details were provided regarding what each of the criteria points mean or how health officials are using the list to make a determination about moving regions back to Stage 2.

Ford’s comments on Stage 2 came after an announcement about the expedited construction of a long-term care home in Durham, which they say will create 320 new beds by 2021.

A week earlier the province announced the fast-track construction of two other homes in Mississauga, adding up to 640 new beds by next year.

“It’s no secret we inherited a broken system, a crisis decades in the making,” Ford said on Tuesday. “We didn’t create this mess, but my friends we are all going to fix it, and it starts with building new beds. We are putting forward bold new solutions to deal with the years of underinvestment in our long-term care system.”

Ontario’s long-term care homes have grappled with severe outbreaks throughout the COVID-19 pandemic, prompting multiple agencies to conduct investigations into their preparedness and conduct during the crisis.

Ford announced the creation of an independent commission in May, but no further information has been provided to date.

On Tuesday, the premier said that the government is collaborating with a “working group” that was put together in February. The report is expected at the end of the month and will be made public, he said.

Ford added that the government “will be announcing the commission in the next few days.”